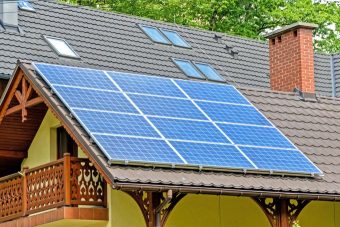 The government will end the decade-long restriction on households and commercial buildings selling power generated by their solar rooftops to state utilities in the fourth quarter of the year.

Deregulation will open the door for detached houses, warehouses, factories and offices to sell their leftover capacity to the Electricity Generating Authority of Thailand (Egat).

The total capacity to be allowed, however, has yet to be finalised. The licences and deregulation come after the previous solar deregulation project was scrapped when the military government came into power.

Gen Anantaporn said this could be another opportunity to let other solar-related businesses grow. Initially, the purchasing rate that the state utilities will pay for surplus solar power from residents will be below 2.6 baht per kilowatt-hour, which is less than Egat charges for the fossil-based power it sells to consumers at about four baht per kilowatt-hour, he said.

The Department of Alternative Energy Development and Efficiency has been appointed to set up details and conditions for granting licences and the process to buy back power from the residents.

Prasert Sinsukprasert, deputy director-general of the Energy Policy and Planning Office, said the regulations should be approved by October.

The Energy Ministry had assigned Chulalongkorn University’s Energy Research Institute (ERI) the task of conducting a feasibility study of the plan. The ERI found that the deregulation of solar rooftops and letting people generate their own power would create minimal revenue losses for state utilities.

ERI researcher Sopitsuda Tongsopit said solar rooftops are expected to have a minimal effect on state utilities in generating backup power, as total power-generating capacity for solar remains small compared with the overall amount of electricity in the country’s power supply system.

Thailand has 2,990 megawatts of solar power installed. Some 2,960MW, as of July, is from solar farms, while an additional 130MW is from rooftops.