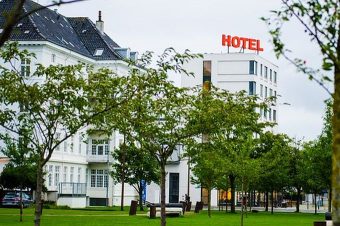 The hotel industry must eliminate 90 per cent of its carbon emissions by 2050 if the sector is to stay within the limits set out under the Paris climate agreement.

That is the headline conclusion of a new report published yesterday by hospitality consultancy Greenview on behalf of the International Tourism Partnership (ITP), a group of leading hotels brands such as Four Seasons Hotels and Resorts, InterContinental, Marriott International, and Hilton.

Absolute carbon emissions from hotels must drop 66 per cent by 2030 and 90 per cent by 2050 if the sector is to deliver its fair share in limiting warming to less than 2C, the report calculated.

Despite the large emissions reductions required, ITP’s director Fran Hughes insisted the cuts were achievable. “The technology exists today to fully decarbonise the sector,” she said.

“Solving the issue of climate change becomes how to accelerate the solutions which are currently available.”

Carbon cutting solutions suggested in the report include investment in more efficient buildings, increased use of renewable energy, and the introduction of more reward schemes to encourage greener guest behaviour.

The analysis follows ITP’s move in September to set the first industry-wide carbon and water targets for the tourism sector as part of the group’s 25th anniversary celebrations.

Under the strategy ITP’s members, which collectively are responsible for more than 25,000 hotels around the world, promised to “embrace” science-based emissions targets and “embed” water stewardship into business models.

Hughes said while the industry will work together to see where collaboration could accelerate emissions reductions, individual hotel firms should also develop science-based targets to ensure they are contributing their fair share to emissions cuts.

“The reductions individual companies need to make may vary, dependent on where they are located and their infrastructure,” she said. “That’s why we’re encouraging hotels to develop their own science-based target.”