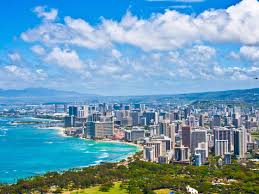 Environmental groups are praising Honolulu’s efforts to turn a byproduct from its wastewater treatment plant into renewable energy.

“We congratulate both Hawaii Gas and the mayor and the city for making this happen, essentially taking this waste product, which is methane that’s produced as they clean up the sewage. Instead of just releasing it into the atmosphere, they’re going to capture that and use it as the natural gas supply.”

The biogas at the Honouliuli Wastewater Treatment Plant is now flared or burned. The new agreement calls for Hawaii Gas to remove impurities and produce renewable natural gas that can be blended with synthetic natural gas in its existing pipeline. The city and county of Honolulu will then be able to sell the biogas as a way to boost revenue.

Terms of the contract are still being negotiated, but the city has estimated it could bring in $1 million or more annually.

The contract expires at the end of 2024 and provides an option for an extension. The new project is estimated to take at least a year to be fully operational.