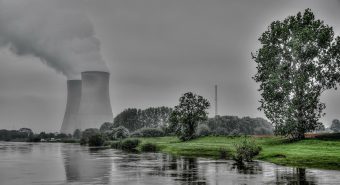 Hitachi has scrapped plans to build a nuclear power station in Wales, becoming the second firm in two months to abandon a major nuclear project and triggering “a full-blown crisis” for the UK energy’s strategy.

The £16bn Wylfa plant on Anglesey was meant to be the next in a line of new nuclear plants behind Hinkley Point C but the Japanese conglomerate failed to reach a deal with the UK government.

A Hitachi board meeting pulled the plug on mounting costs on Thursday, and the company said it would take a 300bn yen (£2.14bn) hit from axing Wylfa.

The decision is a serious blow to the government’s energy policy and hopes of attracting major investments post-Brexit.

Unions expressed dismay over the cancellation, which will involve around 300 job losses at Hitachi’s UK subsidiary, Horizon Nuclear Power, and around a thousand more in the supply chain. It will also mean thousands of anticipated construction jobs do not materialise.

The death knell for Wylfa also spells doom for hopes of a second Hitachi plant at Oldbury in Gloucestershire.

Duncan Hawthorne, CEO of Horizon Nuclear Power, said that the company had been unable to reach a deal in talks with London and Tokyo.

“I am very sorry to say that despite the best efforts of everyone involved we’ve not been able to reach an agreement to the satisfaction of all concerned.

“As a result we will be suspending the development of the Wylfa Newydd project, as well as work related to Oldbury, until a solution can be found. In the meantime we will take steps to reduce our presence but keep the option to resume development in future.”

The collapse of the power stations and the Moorside project that Toshiba scrapped in November means the government has a huge hole to fill in the late 2020s and early 2030s.

Together the three power stations would have supplied 15% of electricity demand.

Questions will be raised over whether ministers should redouble their efforts to make the numbers work for nuclear, or pivot to a new strategy that hugely expands the build-out of renewables.

The government said it was still committed to new nuclear, but had been unable to reach a deal despite “extensive negotiations and hard work by all sides.” Officials said they were examining “alternative funding models for future nuclear projects.”

The nuclear industry insisted it still had a key role to play. “The urgent need for further new nuclear capacity in the UK should not be underestimated, with all but one of the UK’s nuclear power plant due to come offline by 2030,” said Tom Greatrex, chief executive of the Nuclear Industry Association.

Hinkley’s developer, EDF Energy, said its own projects – which include plans for a site at Sizewell in Suffolk – were making good progress and showed “nuclear has a strong future in the UK.”

Rebecca Long-Bailey, shadow business secretary, said: “Just two months ago, the government’s lack of clarity over funding for new nuclear led Toshiba to withdraw from Moorside. That was a blow to the UK’s energy security, its decarbonisation goals, and the economy of Cumbria.

“But with Hitachi’s decision to withdraw from the Wylfa nuclear power plant, this triple blow has escalated into a full-blown crisis.”

Labour said that Theresa May had questions to answer over whether she had raised the issue during meetings last week with the Japanese prime minister, Shinzo Abe. The Japanese side has said she did not.

The UK government had been willing to take a public stake in the project of at least £5bn to help the project, in a dramatic reversal of a decades-long policy of not investing directly in nuclear power.

It had also been discussing a guaranteed price of power lower than Hinkley Point C but higher than offshore windfarms.

Hitachi said it would continue to talk with the UK government about new nuclear projects.