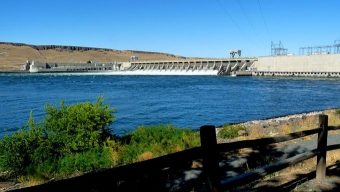 An enormous 15th-century tomb in south-eastern Turkey has been moved to make way for a hydroelectric dam on the Tigris river.

The 1,100-tonne Zeynel Bey monument was lifted whole on Friday and transported more than a mile on a wheeled platform, the state-run Anadolu news agency said.

The structure commemorates the warrior son of a Turkic ruler, who died in a battle against the Ottomans six centuries ago. The burial chamber has long disappeared but the tomb, made from cut stones, is architecturally unique in Turkey and an example of central Asian influences.

The 550-year-old monument was originally in the ancient settlement of Hasankeyf, where the majority of villages and historic sites are at risk of being submerged when the Ilısu dam is completed.

Critics say the project threatens the area’s archaeological and cultural heritage and could damage the ecosystem. There is also a risk local residents could be displaced.

Construction of the dam and the relocation of the tomb have continued despite an ongoing case at the European court of human rights. Critics have described the project as a disaster in the making.

Campaigners at the Hasankeyf Matters conservation group have stressed the dangers of moving the tomb, describing it as “an unforgivable and wanton act of cultural heritage destruction”.

The monument will be installed in its new location in the coming days. Eight other historic buildings are earmarked to join the tomb at the new site.