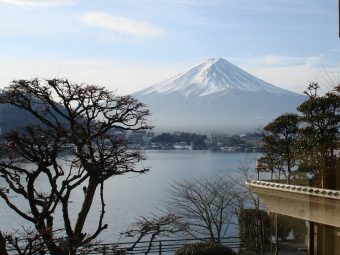 At least 109 people have died in Japan following historic flooding and mudslides over the weekend that prompted evacuation orders covering about five million people, The Guardian reported Monday.

What The Guardian labeled the country’s worst weather disaster since 2011 is in line with government predictions for the impact of climate change on Japan. A 2012 report found that global warming could increase the risk of flooding and landslide disasters due to heavy rain.

Naoaki Ogawa, a 69-year-old from Hiroshima, told BBC News how a landslide trapped him in his car.

“I turned the car to the right, and saw another wave of mud … sweep away three cars that were in front of me,” he said. “I have lived here for more than 20 years, but there has never been something like this. I was so scared.”

As rains dissipated Sunday, the search and rescue operation kicked off in earnest.

He said relief personnel were “working against time,” according to BBC News.

“There are still many people missing and others in need of help,” he said.

One such person was Shigeyuki Asano, a 79-year-old patient who was one of 170 evacuated from a hospital balcony in Kurashiki via paddle boat Sunday, according to The Guardian.

“I’m really grateful to the rescuers,” Asano said. “I feel so relieved that I’ve been freed from such a bad-smelling, dark place.”

The rains began with a typhoon last week, according to BBC News, and have been especially destructive in the southwest, including the city of Hiroshima, The Guardian reported.

The rains damaged thousands of homes and left nearly 17,000 without power, CNN reported.

There are now concerns that a heat wave could further endanger those left without power.

“We cannot take baths, the toilet doesn’t work and our food stockpile is running low,” Yumeko Matsui told The Guardian.

While the weekend’s floods were historic, they are part of a pattern in increased heavy rainfall that could be linked to climate change. The 2012 government study, Climate Change and Its Impacts in Japan, found that the number of days with one millimeter (approximately 0.04 inches) or more of rain had decreased while the number of days with 100 millimeters (approximately four inches) or more of rain had increased.