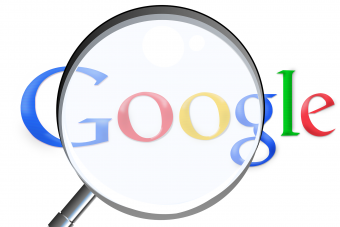 Google just closed on a deal to buy a significant amount of clean energy from two new wind farms that will be built in Norway and Sweden to help power its data centers in Europe.

With this latest deal, Google now has purchased over 2.5 gigawatts of clean energy from around the world to help power its infrastructure that runs its computing services like search, advertising, and cloud computing. That’s the same amount of energy as that produced by two large nuclear plants.

Google GOOG -0.68% has a goal to power all of its operations with clean energy. The search engine giant did its first clean energy deal (called a power purchase agreement) back in 2010 with a wind farm in Iowa.

A big energy customer like Google can help a wind or solar farm get built by committing to buy the power in the planning process. Google has played an important role as an early and large customer willing to purchase major amounts of clean energy.

The two new wind farms announced on Wednesday will be constructed over the coming year near Stavanger, Norway and near Mariestad and Töreboda in Sweden. Together, the two wind farms will use 72 turbines and produce 236 megawatts of clean energy, or about a quarter of the capacity of a large gas or coal plant.

Google isn’t the only Internet giant that’s been focused on using clean energy for its data centers. Apple AAPL -0.94% , Facebook FB -0.17% , Microsoft MSFT 0.02% , Amazon AMZN -0.27% , and others have increasingly been buying wind and solar power to run buildings and data centers.

The world’s largest Internet companies are looking to clean power as a way to lower their carbon emissions, control (or even lower) their energy costs, and adopt more environmental practices. Data centers, which are filled with always-on computers, consume a lot of energy, or about 2% of the electricity in the United States.

Apple has also aggressively been working with solar companies to build large solar farms to power its infrastructure. The iPhone maker has solar farms, or is building solar farms, to power its operations in North Carolina, Nevada, Arizona, and California.

In addition to clean energy, Internet giants are also making sure that their data centers are using energy as efficiently as possible. Part of that is because the more energy used, the bigger the energy bill is for these companies.

The big players like Google and Apple are adopting energy software, using outside air for cooling data centers (instead of power hungry air conditioners), and using servers that can power down when not in use. A report released this week found that the biggest Internet companies are actually doing a pretty good job making their data centers as efficient as possible.