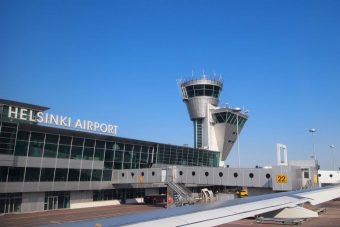 The carbon footprint of Helsinki Airport is zero and it has received the international Airport Carbon Accreditation (ACA) certificate for this achievement.

At a practical level, getting the certificate has required extensive reviews, continuous improvements in Finavia’s emissions efficiency and offsetting of residual emissions. According to Viinikainen, before an airport is awarded the top ACA accreditation, it must review its own emissions and those generated by other operators in the facility.

The reduction of carbon dioxide emissions to zero has been achieved through vigorous efforts that have been continuing for many years.

“The largest airport solar power plant in the Nordic area is under construction at Helsinki Airport”, explains Viinikainen. The solar panels are in the process of being installed, and they are expected to be up and running by late summer. When operational, the power plant will have a total capacity of more than 500 kWp. It will supply almost 10 per cent of all the electricity required by the new terminal extensions at Helsinki Airport.

In July, Finavia started using renewable diesel fuel in vehicles operating at the airport. The buses travelling between the terminal and aircraft are fuelled by biodiesel produced entirely from waste and residue. Finavia is also making determined efforts to reduce emissions at its other airports. The use of renewable energy is being increased by relying more on bioenergy and geothermal heat. Finavia’s goal is also to ensure that the companies operating at its airports are committed to using renewable fuels.