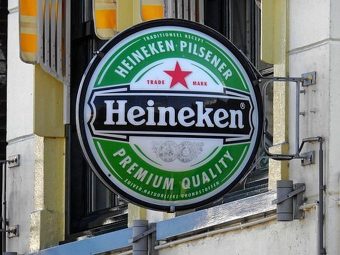 The global brewing industry is racing to up its climate ambition, with rivals Heineken and Carlsberg both separately announcing progress towards emissions and renewable energy goals.

Heineken yesterday unveiled its ‘Drop the C’ programme – with the ‘C’ referring to carbon. The company said it now aims to grow its share of renewable thermal energy and electricity in production to 70 per cent from an existing 14 per cent share today.

The Dutch brewer explained it wanted to “drive real change towards renewable energy” and would therefore not purchase “unbundled” renewables certificates to meet its emissions reduction targets, but rather source clean sources of energy directly.

The new SBTs will build on progress which has seen the firm hit its 2020 production emissions target three years early, having cut CO2 from its breweries by 41 per cent since 2008.

“When I visit our breweries I want to see that we are brewing with real green energy and that we are not achieving our reduction targets by buying unbundled certificates,” he said in a statement. “Beyond production, distribution and cooling, we are also going to take a close look at our packaging, because it represents a significant portion of our carbon footprint. Packaging is an area where reductions will be harder to achieve because we simply cannot do this alone. We invite our business partners and others to work with us to reduce emissions across our business.”

Separately, rival brewer Carlsberg announced it has eliminated the use of coal power across nine of its Chinese breweries in addition to cutting its global carbon emissions and water usage, according to its latest sustainability report released yesterday.

Detailing early progress towards its recently approved Science Based Targets – which are aligned with limiting global average temperature increases to 1.5C – Carlsberg said its overall ambition to deliver a zero carbon footprint by 2030 was already delivering tangible benefits”.

Since 2015, the company said it had reduced CO2 emissions across its global breweries by 16 per cent, and that 46 per cent of its electricity now comes from renewable sources.

Last year, as well as hailing its first ever ‘carbon neutral’ brewery in Falkenberg, Sweden, Carlsberg said it stopped using coal power at nine of its breweries in China as it builds towards its goal of eliminating the use of coal as a fuel by 2022.

Moreover, the company toasted success on reducing its water consumption in 2017, having cut water use by six per cent across its global breweries since 2015, delivering an “industry leading” average ratio of 3.1 hectolitres of water used to make every hectolitre of beer.

Cees ‘t Hart, Carlsberg Group CEO, said the launch of a new sustainability programme marked 2017 as an “important year” for the company.

“I’m personally very proud of the steps we’re taking to address some of the challenges related to climate change and water scarcity,” he said. “And in the process, we’re increasing our efficiency and building resilience in our supply chain.”