An increase in heat stress at work linked to climate change is projected to cost the global economy the equivalent of $2.4 billion (£1.9bn) a year and lead to tens of millions of job losses. 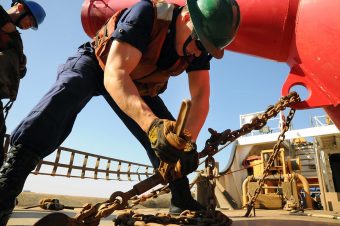 That’s according to the International Labour Organisation (ILO), which warns heat stress will have a massive impact on global productivity and economic losses.

Heat stress refers to heat in excess of what the body can tolerate without suffering physiological impairment and generally occurs at temperatures above 35°C, in high humidity.

The ILO’s projections, based on a global temperature rise of 1.5°C by the end of this century, suggests the world could see 2.2% of total working hours lost in 2030 because of higher temperatures.

That’s equivalent to the loss of 80 million full time jobs and $2.4 billion.

The report cautions this is a conservative estimate as it assumes the global mean temperature rise will not exceed 1.5°C and work in construction and agriculture – two of the sectors worst affected by heat stress – are carried out in the shade.

In addition, people in the poorest regions are to suffer the most significant economic losses, particularly as they have fewer resources to adapt effectively to increased heat.

Catherine Saget, Chief of Unit in the ILO’s Research department and one of the main authors of the report said: “The impact of heat stress on labour productivity is a serious consequence of climate change, which adds to other adverse impacts such as changing rain patterns, raising sea levels and loss of biodiversity.

“In addition to the massive economic costs of heat stress, we can expect to see more inequality between low and high income countries and worsening working conditions for the most vulnerable, as well as displacement of people. To adapt to this new reality appropriate measures by governments, employers and workers, focusing on protecting the most vulnerable, are urgently needed.”