Coral reefs and sunshine keep tourists flocking to Hawaii but add sunscreen to that holiday mix and the result can be serious damage to the marine environment that makes the islands so attractive to visitors in the first place. 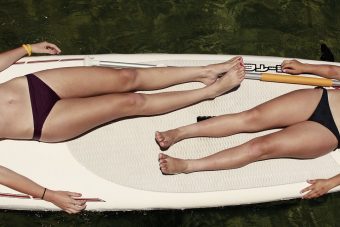 This week Hawaii took action on the issue, passing a bill that will make it the first US state to ban sunscreens that are harmful to coral reefs. If subsequently signed by state governor David Ige, the ban will come into place in January 2021.

The bill focuses on two chemicals – oxybenzone and octinoxate – that are found in many sunscreens and notes that they “have significant harmful impacts on Hawaii’s marine environment and residing ecosystems”. It indicates that high levels of these chemicals have been found at popular swimming beaches and reef areas, including Waimea Bay, Hanauma Bay, and Waikiki Beach on Oahu and Honolua Bay and Ahihi-Kīnau natural area reserve on Maui.

A study in 2015, published in the journal Archives of Environmental Contamination and Toxicology, found the chemicals have a range of effects on coral, including mortality in developing coral, bleaching of coral and genetic damage to coral and other organisms. It also found both chemicals can induce feminisation in adult male fish and increase reproductive diseases in creatures from sea urchins to parrotfish and mammal species similar to the Hawaiian monk seal. The chemicals can also induce neurological behavioural changes in fish and have possible impact on the many endangered species found in Hawaii’s waters, including sea turtles.

The study found oxybenzone had a toxic effect at a concentration of 62 parts per trillion – equivalent to one drop in six-and-a-half Olympic-size swimming pools.

“This is the first real chance that local reefs have to recover,” said Craig Downs, a scientist whose 2015 peer-reviewed study found oxybenzone was a threat to coral reefs. He found up to 14,000 tonnes of sunscreen lotion ends up in coral reefs each year. “Lots of things kill coral reefs but we know oxybenzone prevents them from coming back.”

Critics of the bill have argued that it’s just a “feel-good measure”, pointing out that other factors pose equally significant threats to coral, such as global warming and coastal development. The American Chemistry Council opposed the bill on the basis that sun exposure to humans is also a danger.

Reef-friendly sunscreens are already available. Edgewell Personal Care, which makes Banana Boat and Hawaiian Tropic sunscreen lotions, said it makes products free of the two chemicals. The company “will continue to ensure we comply with all relevant regulations concerning oxybenzone and octinoxate”.

In April, Hawaiian Airlines partnered with RAW Elements USA, to offer complimentary samples of its reef safe sunscreens to its passengers.

Authorities in other marine park locations – such as the Virgin Islands, south Florida and destinations in Mexico – have already been taking measures to encourage visitors to use sunscreens made with biodegradable chemicals such as zinc oxide and titanium oxide. 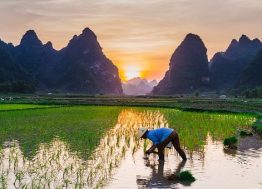 Mountain People Among the World’s Hungriest as... 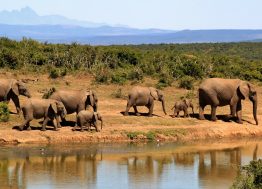 African Ministers of the Environment Commit to Support a... 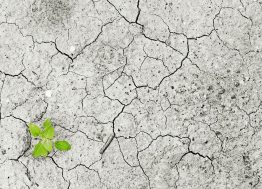 Soil Pollution a Risk to Our Health and Food Security