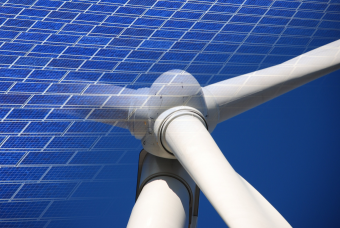 Perhaps for the first time, the Indian state of Gujarat will auction renewable energy projects under its state policy when it puts on the block 500 megawatts each of solar and wind energy capacity next month.

Gujarat Urja Vikas Nigam Limited (GUVNL) recently issued a request for selection documents for 500 megawatts of solar and 500 megawatts of wind energy capacity. The capacity will be allocated through competitive auctions in mid-July. This will mark the first time Gujarat will auction utility-scale solar power projects, and the first time ever a state would auction wind energy capacity in India.

Gujarat is among the leading states in terms of operational solar and wind energy capacities, yet it has probably never auctioned any projects under the state policy.

Gujarat hosts India’s first and one of the largest solar power projects in the country — the Charanka solar power park. The state’s total installed solar power capacity stands at just over 1,250 megawatts. It is also among the leading states in terms of installed wind energy capacity at 5,339 megawatts.

Power generated from the projects allocated through the auctions will be sold to state-owned power utilities in the states for the fulfillment of the renewable purchase obligation.

Since Gujarat already has substantial renewable energy capacity operational it is very likely that these auctions could see highly competitive bids from project developers. Long-term PPAs with state-owned utilities would also give confidence to the bidders. Gujarat’s power utilities have been ranked among the best performing in the country by the central government’s Ministry of Power.

Public-sector companies will have 15% reserved capacity in solar as well as wind energy tenders. This could possibly mean that 75 megawatts of solar power capacity could be based on Indian-made panels.