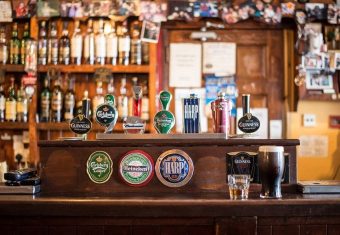 Greene King is aiming to become the UK’s first major pub chain to send zero waste to landfill across the entirety of its operations, the company announced today.

The new target, which it aims to meet by 2020, covers all Greene King’s estimated 3,000 pubs throughout England, Scotland and Wales. It follows the brewer’s decision to partner with waste management firm SWR in April 2016.

Since then, a number of initiatives put in place by SWR have already helped Greene King to reduce its landfill waste by 95 per cent, including the diversion of 8,000 tonne of food waste from landfill – equivalent to the weight of 640 double decker buses.

Initiatives have included a waste recycling backhaul scheme, through which Greene King pub teams separate waste on site into dedicated bins for food, cardboard, glass, and other material.

The separated edible food waste is then returned via the brewer’s dedicated food distribution network, it said, which has helped it reduce the number of general waste bins used in its operations by 42 per cent.

It also claims the initiative has enabled it to increase its recycling rate from 49 per cent to 70 per cent in 2016, while inedible food waste has helped to produce enough energy via anaerobic digestion plants, providing power for more than 7,100 UK homes for a month.

Greene King said it was also working with waste charity WRAP towards establishing a best practice training programme for its regional managers, and reaching out to supply chain partners to improve packaging and portion control.

“We’re delighted that, as a leader in the space, we’re able to set an example to the rest of the industry and show that sustainability and an excellent offering can work hand in hand,” he said. “The results show that we’re making real progress towards our goal, and we’re looking forward to implementing further initiatives over time.”

The move follows a host of ambitious sustainability, waste and emissions goals announced by Danish brewing giant Carlsberg earlier this month, including a target to completely wipe out the carbon footprint of its breweries worldwide by 2020.