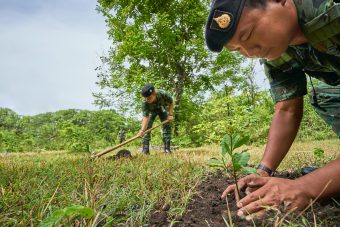 In the last year, governments have pledged trillions of dollars in COVID-19 relief, creating what some observers have called a once-in-a-generation chance to make planet-friendly investments—and save the Earth from a looming environmental catastrophe.

But, that doesn’t mean the path to a green recovery will be easy.

According to a report launched today by the Global Recovery Observatory only 2.5 percent of all COVID-19 recovery spending will have “positive green characteristics,” like reducing greenhouse gas emissions and protecting natural capital.

The Observatory is tracking the fiscal rescue and recovery spending of the world’s fifty largest economies, to pin down the level of green spending built into rescue and recovery plans. The study is part of the broader Oxford University Economic Recovery Project, supported by the United Nations Environment Programme (UNEP), the International Monetary Fund, and the Deutsche Gesellschaft für Internationale Zusammenarbeit (GIZ).

Researchers studied funds announced for both short-term “rescue” and long-term recovery. They found that green spending is concentrated in wealthier countries and populations, threatening to reinforce dangerous pre-pandemic inequities.

“Pandemic recovery packages are a massive opportunity to accelerate action on the three crises facing humanity: climate change, biodiversity loss and pollution,” said Steven Stone, Chief of Resources and Markets at UNEP. “We must seize it or we risk scarring, saddling future generations with massive debt and a broken planet.”

In 2020, USD 368 billion was announced in national spending on programs that will reduce greenhouse gas emissions. While this is a large sum, it pales in comparison to the USD 14.6 trillion in total spending announced by the fifty largest economies. Much of that larger number consists of spending that is not expressly green, which threatens reinforcing business as usual patterns of production and consumption that are ravaging the planet, the new report said.

Despite the severity of air pollution, which causes up to 9 million deaths annually, only 16 percent of total recovery spending (excluding the European Commission) is deemed to potentially reduce air pollution. When it comes to preserving natural capital—or the global stock of natural resources— and reversing ecosystem degradation, “only 3 percent of recovery spending is deemed positive”.

There are reasons for hope, though, the report said. Numerous countries are bucking trends and making substantial green investments. Poland, for instance, has put forth USD 2.1 billion in a recovery push to position itself as a European leader in the production and adoption of electric vehicles. Spain has earmarked over USD 7.2 billion for a recovery plan— “España Puede”—meant to spur a “just and inclusive energy transition” through direct investment.”

Most green spending is concentrated in countries with a history of driving green investment. The report points to Germany’s leadership, highlighting its USD 8.3 billion investment in green hydrogen. And it said France, through a USD 8.4 billion allotment to its sweeping “France Relance” recovery program, has emerged as a leader in green building and energy efficiency retrofits. 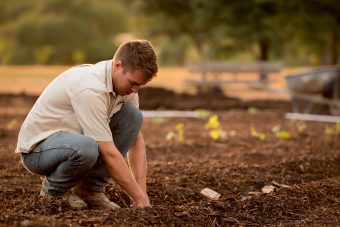 While some Advanced Economies and the European Commission account for most of the green recovery spending, the report warns that “for the vast majority of countries, recovery spending has been relatively low and minimally green.” The economic ravages of the coronavirus are only exacerbating existing disparities—and recovery spending— between nations. The report points out that advanced economies are spending about 17 times more per person than what is being spent in emerging markets and developing economies.

The imbalance among nations reflects inequalities that exist within nations—inequalities that have only worsened during the pandemic. Disparities in health and healthcare access “led to the disease burden falling heavily on low-income and otherwise marginalized groups,” according to the report. Worldwide, those groups have also experienced the bulk of job losses and wage cuts.

The report urges decisionmakers to remember that focusing on short-term economic recovery could further exacerbate long-term social and environmental crises.” As risks like climate change, pollution and biodiversity loss threaten, like COVID-19, to drive up poverty and inequalities, UNEP and partners are calling for increased ambition—directed and spending— to chart a sustainable path.

“Rebuilding and recovery will be a long process, and it will involve the greatest investment of public resources our world has ever seen,” said Steven Stone. “Thankfully, the die isn’t yet cast. There is still time for countries to ensure that recovery and stimulus spending contributes to a better future for people and the planet.”

UNEP itself is retooling for COVID-19 recovery. The organization’s recently launched Medium-Term Strategy for 2022-2025 sets out a vision to address climate change, biodiversity loss and pollution and maps out the actions needed to shift consumption and production patterns towards sustainability. It will bolster UNEP’s efforts to advance the environmental dimension of the 2030 Agenda for Sustainable Development.