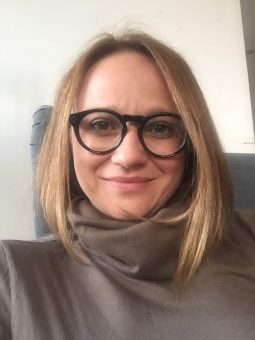 The consequences of climate change and global warming are becoming more pronounced in urban areas, and the problem is even greater due to the fact the cities, to a large extent, generate local weather conditions and thus significantly affect the quality of life of their citizens. In this sense, Belgrade shares the fate of the European capitals. Still, unlike the others, it is quite far from a comprehensive approach to dealing with the problem, although there are many ways to cope with global warming, points out Milena Vukomirovic, PhD.

EP: How vulnerable is Belgrade in terms of climate change and what is the biggest problem?

Milena Vukmirovic: Belgrade is extremely vulnerable in terms of climate change, which is primarily reflected in high temperatures during summer period, the increase of floods as well as the increase in the intensity and frequency of storms, as it is documented in the Climate Change Adaptation Action Plan on from 2015 developed by the team of people employed at the Secretariat for Environmental Protection of the City of Belgrade. Key problems that can be singled out are the lack of greenery and the use of solid and non-porous surfaces in paving in densely populated parts of the city, inadequate protective levees in parts of the city prone to flooding, poor condition of the facilities in terms of energy efficiency, a high percentage of private cars users that contributes to the increase of greenhouse gases and other. 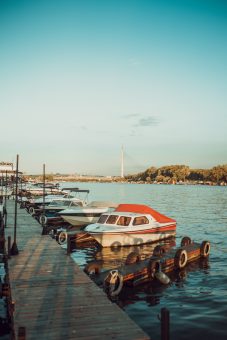 EP: In recent years, many panel discussions and conferences have been held on this topic which attended numerous experts, representatives of state bodies, NGOs… Can we say that, in a way, administration of Belgrade has been working on its climate strategy?

Milena Vukmirovic: Discussions, conferences, panels, written reports, some public policy document and that’s it. In my opinion, we are still far away from the general acceptance of the need to deal with this major problem, to which we generally refer only when the temperature exceeds 3or when the Sava floods Obrenovac. Of course, I know a lot of people who seriously and responsible deal with climate change issues, such as colleagues from the Secretariat for Environmental Protection of the City of Belgrade, the Ministry of Environmental Protection of the Republic of Serbia, my colleagues from the Faculty of Forestry, the Institute of Architecture and Urban Planning, the Institute of Public Health of the city of Belgrade, but these are still lonely initiatives, although this should be one of the priority goals.

EP: Given the fact that you were the Advisor to the Chief Urban Planning Officer of the City of Belgrade for four years, can you tell us which activities the city undertook in order to ensure sustainability in the current climate conditions but also in perspective?

Milena Vukmirovic: One large group of activities, conducted by Milutin Folic, who until recently was the Chief Urban Planning Officer of the City of Belgrade, and his team, was based on the principles of applying the concept of sustainable urban mobility and introduction and promotion of environmental awareness and the idea of the necessity of sustainable and natural environment as a precondition for the development of the city. This is how the IME project Identity_Mobility_Ecology was created, a kind of an action plan which included 20 subprojects, which among other things included the expansion of the pedestrian zone of Knez Mihailova Street, introduction of bicycles in the public transportation system, façade renovation according to the principles of energy efficiency and the arrangement of open public urban areas that would increase the intensity of spending time outdoor, the rate of pedestrians, planting of trees… Although the projects were very well accepted at the beginning, their implementation did not go in the expected direction. Here, I am primarily referring to the arrangement and the change of traffic regimes in certain streets, the construction of bicycle lanes, and the establishment of a bicycle renting system, the establishment of the Fund for energy efficiency of the facilities, greening and landscaping. 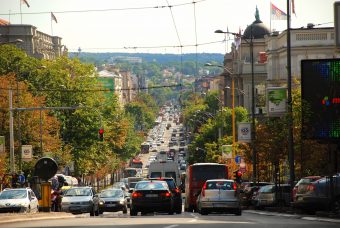 EP: How important is the design of public urban areas, which is something that you specifically deal with, for the reduction of the greenhouse effect and cleaner air in Belgrade?

Milena Vukmirovic: The design of open public urban areas is of great importance for the reduction of greenhouse gas and pollution, not only of air but also of land, water, noise, biodiversity and more. Particular attention in the context of climate change should be given to comfort, as this criterion can improve the quality and length of time spent outdoors. In this way, the microclimatic characteristics of the environment are also affected, i.e. they regulate temperature, wind drift, emissions of harmful gases and unpleasant sounds, reflection and more. As for Belgrade, it should start with an umbrella document that will thoroughly and responsibly address the challenge of designing open public urban spaces and implementing the concept of green infrastructure. And, of course, to start with the realisation.

This article was published in the new issue of the Energy portal Magazine on CLIMATE CHANGE, september-november 2019. 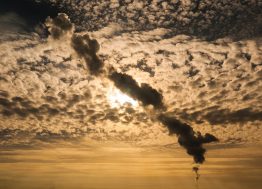