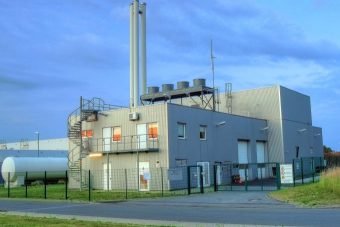 The deal follows the conclusion of the controversial sale of the Green Investment Bank last week, which saw Australian lender Macquarie take ownership of the bank set up in 2012 by the UK government to drive investment in emerging green infrastructure sectors.

In total the GIG sold 20 assets, including 15 anaerobic digestion plants, four biomass and waste-to-energy facilities, and a materials recovery facility to specialist investor Bioenergy Infrastructure Group, it was announced today.

BIG said the deal, which closed on Friday, marked an important step in the company’s ambition to more than double its assets over the next five years. “BIG’s aim is to support the future development of the UK’s biomass and waste-to-energy capacities – and therefore enable these technologies to make a growing contribution to the UK’s low carbon, electricity-intensive economy,” CEO Hamish McPherson said in a statement.

“And by investing in and supporting a network of efficient, technologically advanced biomass and waste-to-energy facilities, we can positively impact regional economic growth and job creation in the process,” he added.

Green groups and politicians heavily criticised the sale of Green Investment Bank, warning of signs Macquarie planned to sell off its core assets on the private market – a claim it fiercely denied. However, earlier this year Macquarie did admit it intended to sell off some of the bank’s earlier stage green investments, worth around £230m.