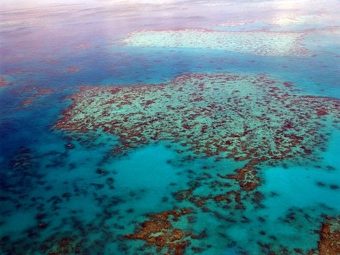 Warming oceans have caused a large bleaching event in the Great Barrier Reef for the second year in a row, new aerial surveys show.

This year’s bleaching extends much further south than areas impacted by the 2016 event and two thirds of the reef’s corals have now been impacted by bleaching.

Reef scientists worry that the “shocking” back-to-back bleaching gives the reef little chance to recover and that increasing frequency of bleaching events could be ultimately devastating. Scientists recorded previous bleaching events at the Great Barrier Reef in 1998 and 2002.

“The significance of bleaching this year is that it’s back to back, so there’s been zero time for recovery,” Professor Terry Hughes, who led the surveys, told the Guardian. “It’s too early yet to tell what the full death toll will be from this year’s bleaching, but clearly it will extend 500km south of last year’s bleaching.”

Jon Brodie, a water quality expert, told the Guardian the reef was now in a “terminal stage.”

“We’ve given up. It’s been my life managing water quality, we’ve failed,” Brodie said. “Even though we’ve spent a lot of money, we’ve had no success.”