The ongoing bushfires in Australia have focused media attention on wildfires more generally and their link to biodiversity and habitat loss, as well as global heating.

We take a look at the some of the different types of wildfires, assess their impact and what is causing them, and why accurate, real-time data is so important for wise action to curb them.

Did you know that wildfires occur naturally or can be started deliberately or by accident by humans? In some parts of the world, such as Indonesia and Brazil, forest fires have been started deliberately to make way for oil palm and soy bean plantations, or pasture for cattle—all in the name of alleviating poverty, creating economic wealth, and jobs or, mistakenly, food security. 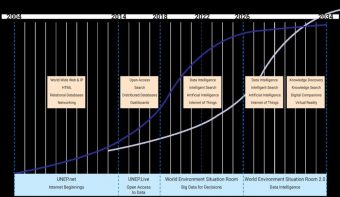 Forest fires on peatlands are particularly worrisome in terms of global heating—they release far more CO2 into the atmosphere than other forest fires and are extremely difficult to detect and extinguish. Some of the largest peatlands are in Malaysia and Indonesia. The occurrence of fires is low under undisturbed conditions, but rapid land use changes—deforestation and peatland conversion or drainage—are leading to increased frequency of wildfires and peatland fires. This is especially the case on the island of Borneo (73 per cent of which is part of Indonesia).

On many days during the 2015 fires in Indonesia, the daily emission rates from the fires exceeded that of fossil fuel emissions in the United States. They caused an international outcry to which the UN Environment Programme (UNEP) and partners responded by establishing the Global Peatlands Initiative.

“The peatland fires in Indonesia in 2015 affected the health of millions of people and became a world environmental disaster. Since then, Indonesia has made tremendous efforts to protect and sustainably manage their peatlands, including most recently, leading the way towards the United Nations Environmental Assembly resolution on the Conservation and Sustainable Management of Peatlands,” says UNEP peatlands expert Dianna Kopansky. 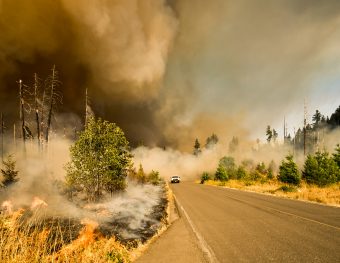 In Africa, wildfires on savannah grasslands are generally a natural phenomenon, and can be beneficial for ecosystems. Elsewhere when vegetation catches fire, the danger is that it may spread to forests or human settlements.

In Africa, fires are also used as a land-clearing tool to expand agricultural areas. Burning improves the palatability of young pasture for grazing animals. For farmers, fires eliminate parasites from crops, and are a cheap alternative to insecticides and herbicides. However, along with the release of large quantities of (CO2) into the atmosphere, grass and shrub fires have considerable impacts on soils and vegetation. The loss of vegetation cover facilitates water runoff and wind erosion and reduces water infiltration.

Other human-induced fires can take hold in industrial areas and/or are linked to chemical plants or oil and gas facilities. These fires usually release large amounts of nitrous oxide into the atmosphere, a gas 300 times more potent that CO2 in terms of global heating. Emissions from these fires can also contain high levels of toxic substances.

We need to better understand the different drivers of wildfires and be able to prioritize which wildfires cause the most environmental damage. Big data can help.

The importance of accurate, real-time data

“The trick is to marshal the relevant data to make it useful to governments and that’s where platforms like the UN Environment Programme’s (UNEP’s) World Environment Situation Room can help,” says Pascal Peduzzi, Director of UNEP’s Global Resource Information Database in Geneva.

The World Environment Situation Room is a work in progress, though data on biodiversity, pollution, disaster risk and climate change is already available. The plan is to have the full database up and running for launch at the next United Nations Environment Assembly at the end of next year. 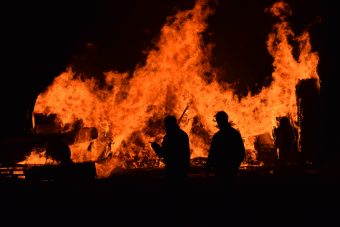 Valuable research and data sources such as the National Aeronautics and Space Administration (NASA) of the United States, Global Forest Watch, data produced by the United Nations Food and Agriculture Organization, MapX (developed by UNEP/GRID-Geneva and UNEP/CMB, and which is used as the geospatial component of the World Environment Situation Room), and UNEP research contained in publications like the Foresight Briefs and the Frontiers Report (the latter on issue of emerging environmental concern), are fed into the Situation Room and generate graphics and other data visualization tools. Data searches can be carried out by geography, theme or product type (e.g. satellite imagery, graphs or maps).

“UNEP’s strength is that we have built solid foundations,” says Peduzzi. “UNEP chairs the UN Geospatial Network—25 UN agencies. We are also building the One Global Partnership with 17 partners to feed the Situation Room and get buy-in across UNEP through the Acting as One group. We’ve gathered 1,200 geospatial datasets over the past two years.”

However, there’s always room for improvement. “Smouldering peatland fires are difficult to detect by satellite or other means,” says Peduzzi.