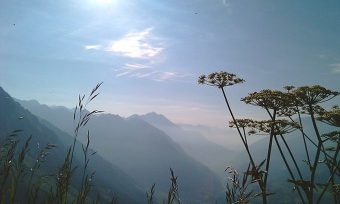 But it disappointed campaigners by failing to move forward with plans for a nationwide diesel scrappage scheme, briefed to the media last year.

The government on Friday said the Clean Air Fund will help minimise the cost to councils of deploying air quality measures in local areas, required under a plan published by the government in July 2017 to bring UK air pollution back within legal limits.

Local authorities can apply for funding to pay for measures such as new park and ride services, concessionary travel schemes, and upgrades to cleaner bus fleets.

“We have been clear that local leaders are best placed to develop innovative plans that rapidly meet the needs of their communities,” Environment Minister Thérèse Coffey said in a statement. “Today’s funding demonstrates the government’s commitment to support the local momentum needed and continue to improve our air now and for future generations.”

Environmental law firm ClientEarth has repeatedly taken the government to court over its failure to adequately tackle air pollution, which in many parts of the country is in breach of limits set by the EU. Last month the most recent case concluded with Justice Garnham ruling the latest roadside emissions strategy was unlawful because it required no action from 33 local councils where air quality is set to remain above legal levels into next year.

Justice Garnham said the government must investigate and identify measures to tackle illegal levels of pollution in the remaining 33 towns and cities as soon as possible.

On Friday the government said councils have until the end of July to conduct a feasibility study and provide documents explaining the quickest ways to cut pollution in their area.

But in a move that angered campaigners, the government said it is “not proposing to take forward” a national diesel scrappage scheme despite warnings from ClientEarth and others that it is essential for driving the most polluting cars off the roads.

The government had previously briefed national papers including The Times that it would shortly announce a “very, very targeted” scrappage scheme for diesel cars.

But the government last week formally dismissed the idea of a national scheme following a public consultation.

Respondents to the consultation had warned it could be difficult to define eligibility for such a scheme, and raised concerns that it could prove poor value for money.

“In response to these concerns we are not proposing to take forward a national scrappage scheme at this time,” the government stated. “However we have not restricted the types of measures local authorities could bid for funding for from the Clean Air Fund. Any measure proposed by local authorities would be assessed against the assessment criteria and so would need to demonstrate the rationale for intervention, that they provide value for money, are deliverable and are able to effectively target those most impacted, and have no negative air quality benefit.”

Simon Alcock, ClientEarth’s head of UK public affairs, said the government should have increased the amount of cash in the fund given the extra councils now ruled to have to take action, and keep the option of a national scrappage scheme on the table.

“It is remarkable that Michael Gove has no interest in helping British people switch from dirty diesel vehicles to cleaner forms of transport,” he said. “People are breathing dirty air across our country and paying the price with their health – but cleaning it up is not rocket science. We need a national network of clean air zones and proper help for people to switch to cleaner forms of transport such as a targeted scrappage scheme.”

In a statement, Defra hit back at suggestions it had completely dropped plans for scrappage schemes. “It is wrong to claim that we have changed our position or ruled out scrappage,” a spokesman said. “We have consistently said that any potential scrappage scheme would be targeted. [Our] announcement confirms this position, making it clear that councils with poor air quality can put forward plans for local scrappage schemes under the Clean Air Fund.”

However, campaigners countered that reports that a national targeted scheme were being considered were not corrected at the time, and argued that it was unclear how councils could move forward with their own scrappage schemes without significant backing from central government.