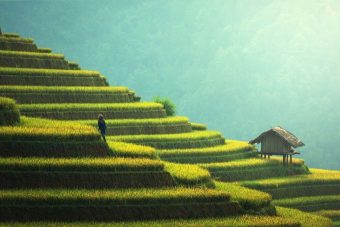 The government has this week confirmed it will raise the target for renewable fuel use in the UK transport sector to 9.75 per cent, a move hailed by the industry as a vote of confidence in the carbon cutting benefits of biofuels.

Under the new targets, fuels made from crops and waste-based ingredients are set to play an increasing role in cutting carbon emissions from UK road transport, rising from a 4.75 per cent share today to 9.75 per cent by 2020 and 12.4 per cent in 2032.

The standard is expected to result in around six per cent renewable energy in the overall transport fuel mix, up from around three per cent today, as the RTFO does not cover the entire transport sector.

But while the new targets, set out in a consultation response this week, are in line with ambitions set out by the government when the Renewable Transport Fuel Obligation (RTFO) was established in 2007, they fall short of advice given by the government’s climate watchdog, the Committee on Climate Change (CCC).

In advice published in June the CCC said sustainable biofuels should represent around eight per cent of transport energy by 2020 to keep the UK on the most cost-effective decarbonisation pathway.

The Department for Transport (DfT) has also angered producers of crop-based biofuels by introducing a descending limit on the volume of biofuels that can be made from crops – a strategy the government hopes will drive the use of waste-based biofuels instead.

“Our strategy is to provide a positive investment environment beyond 2020 to further encourage the development of waste-based and advanced fuels, while limiting the use of fuels made from crops,” Transport Minister John Hayes said in a foreword to the consultation outcome. “This should provide a firm platform for the development of sustainable advanced fuels, whilst ensuring costs are tightly controlled in line with developments in the market.”

Waste-based biofuels promise to deliver a much higher carbon benefit than crop-based ones, because they do not run the risk of driving negative land use changes. Common waste products include restaurant oil and food, although new technology is coming to the fore that could even turn sewer ‘fatbergs’ into valuable fuel.

But crop-based biofuel producers argue they can still play a valuable role in helping cut transport emissions and meeting EU and domestic targets.

Industry gave the consultation outcome a cautious welcome. “The REA is pleased that the amount of renewable fuel will now be increased, which gives biofuels producers, especially those using waste as feedstock a bigger market to go for,” said Dr Nina Skorupska, chief executive of the Renewable Energy Association (REA), which represents biofuel producers. “However, the decision to decrease the use of sustainable crops in renewable fuel production to two per cent raises the question whether fuel suppliers will supply an increasing amount of renewable bioethanol.”

However, green NGO WWF said the measures to cap crop-based fuels did not go far enough.

“The UK government is right to cap crop-based biofuels well below the EU limit, but this four per cent cap still means that UK fuel tanks are at risk from unsustainable biofuel imports,” said James Beard, WWF’s biofuels and energy campaigner. “The overall signal is clear though – crop based biofuels are on their way out and rightly have no place in our future energy mix.”