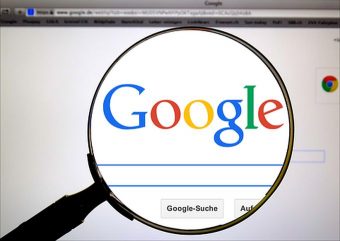 Every Google search or Youtube video will soon be run entirely on renewable power, after the tech giant today announced it is on track to secure 100 per cent renewable energy for all its global operations next year.

In a blog post, Urs Hölzle, senior vice president for technical infrastructure at the company, confirmed all Google data centres and offices would be run using renewable power by the end of next year, with the company purchasing “enough wind and solar electricity annually to account for every unit of electricity our operations consume, globally”.

The move underlines Google’s position as both the largest corporate purchaser of renewable power in the world and a major investor in new clean energy capacity.

The company signed its first renewable energy purchasing agreement with in a 114MW wind farm in Iowa in 2010, and has since emerged as one of the world’s largest corporate investors in wind and solar projects – a trend Hölzle said would continue.

“We’re on track to match our global energy consumption on an annual basis by next year. But this is just the first step,” he wrote. “As we look to the immediate future, we’ll continue to pursue these direct contracts as we grow, with an even greater focus on regional renewable energy purchases in places where we have data centres and significant operations. Since the wind doesn’t blow 24 hours a day, we’ll also broaden our purchases to a variety of energy sources that can enable renewable power, every hour of every day. Our ultimate goal is to create a world where everyone – not just Google – has access to clean energy.”

Hölzle also stressed that the company’s investment in renewable energy was driven as much by “business sense” as environmental pressures.

“We began purchasing renewable energy to reduce our carbon footprint and address climate change — but it also makes business sense,” he wrote.

“Over the last six years, the cost of wind and solar came down 60 per cent and 80 per cent, respectively, proving that renewables are increasingly becoming the lowest cost option,” he added. “Electricity costs are one of the largest components of our operating expenses at our data centres, and having a long-term stable cost of renewable power provides protection against price swings in energy.”