Australia is singled out as a country with strong potential for new hydrogen production facilities in the latest World Energy Outlook, which paints an uncertain future for coal exports and strong projected growth for solar power. 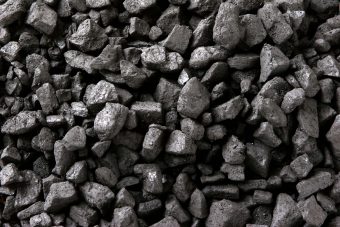 The new stocktake from the International Energy Agency (IEA) says in resource-rich countries such as Australia, hydrogen facilities could be built to sit alongside solar photovoltaic and wind facilities. The report says under such a set-up, Australia “could provide nearly 100m tonnes of oil equivalent of hydrogen, equivalent to 3% of global gas consumption today.”

But the report also finds Australia is the only export-oriented country projected to ramp up coal production significantly over the next 20 years, with some signs the international coal market was more resilient than had been expected.

The report finds Australia’s coal production is projected to exceed that of the United States by the late-2020s, but investment in export-oriented coalmining remained subdued, because of “an uncertain market and policy environment”.

Globally, coal made a comeback in 2017, but how long it remains in the mix is a function of decisions governments make about scaling back carbon emissions and driving the transformation to renewables, the report finds.

It says a slump after 2014 prompted some analysts to conclude coal was now in terminal decline, but in 2016 coal prices started to rebound, demand increased in 2017 and prices continued to rise into 2018, leading to sustained profits for coal producers.

It says the recent trends suggest coal demand “could be more resilient than some expect, especially among developing economies in Asia” – but what happens next is “highly contingent on how policies evolve”.

The coal comeback is a mixed picture. Coal demand is under pressure in advanced economies “due to low electricity demand growth, strong uptake of renewables-based capacity and, in the United States, the availability of inexpensive natural gas” – but there has been a rise in demand in China and India.

While both countries are also pursuing renewables, “robust growth in electricity demand” in India will create a near doubling in coal-fired power output to 2040, and India will import more coking coal to service demand in the iron and steel industries.

The report predicts India will overtake Australia and the United States in the early 2020s to become the world’s second-largest coal producer behind China. It also notes that investment in new coal-fired power plants in 2017 was at its lowest level in a decade, and there was a 50% drop in investments in China, with Beijing promising to reach a peak in CO2 emissions by 2030 or earlier.

Tim Buckley, the director of energy finance studies at Institute for Energy Economics and Financial Analysis Australasia, said the outlook for Australian industry depended on whether governments delivered on policies to address climate change or not.

But he noted that under both the new policy and sustainable development scenarios considered by the IEA, Australia’s coking coal and thermal coal exports would face challenges. “Solar and wind are the largest two sources of new capacity globally,” Buckley said.

“The vast majority of that is happening in the Asia Pacific, which is exactly where our thermal coal industry says it’s going to get 400m tonnes of new growth.”

The report says the electricity sector is experiencing its most dramatic transformation in a century, and the increasing cost-competitiveness of solar photovoltaic will push its installed capacity beyond that of wind before 2025, past hydropower around 2030 and past coal before 2040.

“This report shows they are not taking into account the massive structural change and deflationary nature of renewable energy,” he said.

“The best way of preparing for transition is to have a plan and develop industries that are not in long-term decline, be that tourism, education, agriculture, wine or renewable energy.” 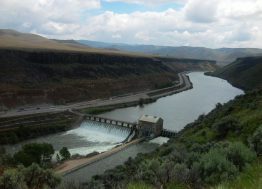 Arena to Give EnergyAustralia Grant to Investigate Pumped...