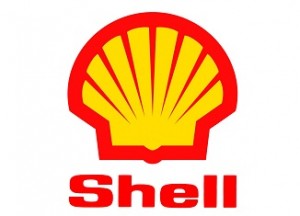 The rise of electric cars has led many analysts to make predictions about the future of the oil industry. ExxonMobil and OPEC have both made statements indicating confidence that the majority of vehicles on the world’s roads will continue to be powered by fossil fuels for the next few decades. But Shell recently made a prediction that is a bit less confident.

The world’s second-largest energy company by market value, Shell believes oil demand could peak by 2020, Bloomberg reports. “We’ve long been of the opinion that demand will peak before supply,” Shell CFO Simon Henry said in a conference call last week.

That peak could occur “somewhere between five and 15 years hence,” Henry said, and will be driven by “efficiency and substitution.” Shell’s vision puts it at odds with ExxonMobil which, in its annual outlook, said it expects oil demand to increase 20 percent between 2014 and 2040. The company previously said that electric cars would account for less than 10 percent of global new-car sales in 2040.

OPEC has also said that 6 percent of cars on the world’s roads in 2040 would be powered by anything other than gasoline or diesel. Among its members, Saudi Arabia believes its oil reserves will last 70 years, and that demand will grow, primarily from increased consumption in emerging markets.

However, the country is also pursuing an alternative economic strategy that would see it shift to investment as a source of revenue, in order to protect against a collapse of the oil industry. Even if oil demand peaks fairly soon, as Shell predicts, it may not decline into oblivion immediately. Oil could very well remain a part of the transportation-fuel and energy-generating mix for some time.

Shell also expects to remain in business by shifting to production of natural gas, as well as biofuels and hydrogen. Natural gas is already a major factor in the impending death of coal as a power source for electricity generation in the U.S. That’s largely because natural-gas reserves accessed through the controversial process of hydraulic fracturing (known as “fracking”) have made the fuel cheap and abundant.

Natural gas produces lower carbon emissions than coal, but is still not as clean as renewable-energy sources such as solar and wind.