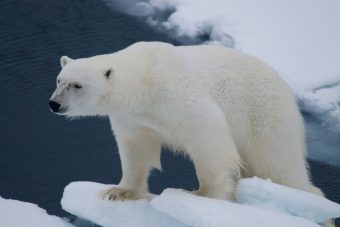 17 February 2017 – It should be winter on the Arctic pole – the northern most point in the world – but the equivalent of heatwaves have passed over the region this season melting the sea ice volume to a record low in January, the United Nations meteorological agency said.

“Temperatures in the Arctic are quite remarkable and very alarming,” said David Carlson, Director of the World Climate Research Programme which is co-sponsored by the UN World Meteorological Organization (WMO), the UN Educational, Scientific and Cultural Organization (UNESCO) and the International Council for Science.

Sea ice extent was the lowest on the 38-year-old satellite record for the month of January, both at the Arctic and Antarctic, according to data cited WMO from both the US National Snow and Ice Data Center (NSIDC) and Germany’s Sea ice Portal operated by the Alfred-Wegener-Institut.

The Arctic sea ice extent averaged 13.38 million square kilometres in January, according to NSIDC. This is 260,000 square kilometers below the level in January 2016 – an area bigger than the size of the United Kingdom.

“The recovery period for Arctic sea ice is normally in the winter, when it gains both in volume and extent. The recovery this winter has been fragile, at best, and there were some days in January when temperatures were actually above melting point,” said Mr. Carlson.

“This will have serious implications for Arctic sea ice extent in summer as well as for the global climate system. What happens at the Poles does not stay at the Poles.”

In addition, the ice levels at the Antarctic are also at record lows, even thinner than expected for the summer season there. 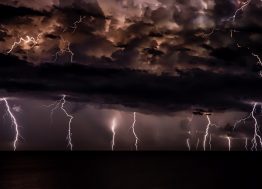