The world’s biggest producers of meat, dairy and seafood are failing to tackle the enormous impact they are having on the planet through deforestation, the routine use of antibiotics and greenhouse gas emissions, a report warns. 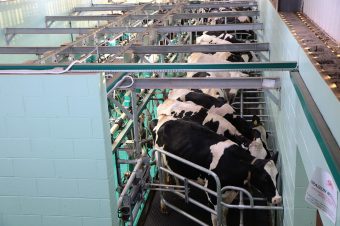 The Coller Fairr index ranks 50 of the largest global meat, dairy and fish producers by looking at risk factors from use of antibiotics to deforestation and labour abuses. The producers are the “hidden” supply chain, providing meat and dairy to global brands including McDonald’s, Tesco, Nestlé and Walmart.

The index is written by investment experts who want to encourage awareness of the risks posed to the planet – and to their own profitability – by companies that fail to mitigate the damage done to the environment by food production.

Jeremy Coller is founder of Fairr and chief investment officer at Coller Capital. He says it is the huge companies behind the brands that will themselves suffer if the planet isn’t protected. “It is the companies hidden upstream in the meat and dairy supply chain who face the most significant climate and public health risks.

“As last month’s landmark report from the Intergovernmental Panel on Climate Change (IPCC) demonstrated, the world’s meat, fish and dairy industries are under serious threat from climate change impacts. In stark contrast to the transport sector, only one in four meat, fish and dairy producers even measure their greenhouse gas emissions, let alone act to reduce them.”

Among other failings, the index says that none of the companies analysed have a comprehensive policy to stop deforestation. And just four companies in the index “have committed to phasing out routine use of antibiotics, widespread in the industry”.

According to the report, two-thirds of producers do not even measure all their greenhouse gas emissions let alone set targets to reduce them. These include Hormel Foods in the US, a supplier to McDonald’s. Also included is Cal-Maine Foods. Cal-Maine is the largest producer of fresh eggs in the US and a supplier to Walmart and Nestle. Nestlé, McDonald’s and Walmart have all publicly committed to reduce greenhouse gas emissions.

And while Walmart has previously said it wants to achieve zero net deforestation in its supply chain by 2020, the research shows that Walmart suppliers such as Cranswick in the UK have no comprehensive policy on deforestation. McDonald’s have pledged to reduce antibiotics use in their beef supply chains. But the vast majority of beef suppliers do not have a policy to avoid routine use of antibiotics. Only one – Marfrig – does.

The companies are ranked according to their risk for investors, based on analysis of nine key environmental, social and governance risk factors, combined with the sustainable development goals. The Hong Kong-based WH Group were noted as “high risk” while Hormel Foods and Cranswick were designated as “medium risk”.

The research argues that some of the companies, who between them have a value of $300bn (£248bn), are already suffering the costs of the deepening climate crisis.