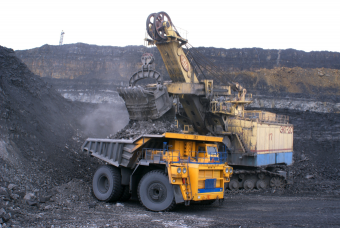 U.S. President Donald Trump may believe coal is the future, but newly-released statistics by BP state otherwise. According to the data, global coal production fell by an astonishing 6.2 percent last year — the largest annual decline on record. Additionally, consumption decreased for the second year in a row, dropping 1.7 percent. In wake of these findings, it should come as no surprise that once again, renewables were the fastest growing energy source, growing by a whopping 12 percent — a statistic which represents the largest annual incremental increase in output on record.

The report, entitled “Energy markets in transition: BP Statistical Review shows long-term shifts underway,” concluded that the oil market is declining because fast-growing markets are shifting “towards lower carbon fuels as renewable energy continues to grow strongly and coal use falls.” The report also showed that the shift from coal is widespread. The UK, for instance, consumed 52.5 percent less in 2016, the U.S. experienced an 8.8 percent dip in consumption and China’s reliance dropped by 1.6 percent.

Evidence to support these conclusions abound. For instance, the UK recently experienced its first coal-free day since the Industrial Revolution. India also intends to halt all coal plant production in the near future, as renewable technologies have become more affordable.

Bob Dudley, BP Group Chief Executive, said, “Global energy markets are in transition. The longer-term trends we can see in this data are changing the patterns of demand and the mix of supply as the world works to meet the challenge of supplying the energy it needs while also reducing carbon emissions. At the same time markets are responding to shorter-run run factors, most notably the oversupply that has weighed on oil prices for the past three years.”

As was previously mentioned, renewable energy was the fastest growing of all energy sources, increasing by 12 percent. Though solar, wind and other renewable energy sources provide only 4 percent of the world’s total energy, the increase represents almost one-third of the total growth in energy demand in 2016.

Despite certain leaders’ opposition to renewable energy investments, it seems clear the future is green and that consumers will continue to invest in energy sources that are beneficial for the environment, wildlife, and future generations – and their bottom line.