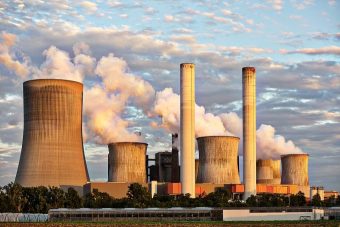 Carbon emissions reached a record-high of 32.5 gigatonnes in 2017 due to global economic growth and increased energy demands that was met mostly by fossil fuels. As the Financial Times noted, that growth—an increase of 460 million tonnes—is the equivalent to the emissions of an additional 170 million cars.

These findings are part of the Paris-based IEA’s “Global Energy and CO2 Status Report” released today.

The report shows that global energy demand rose by 2.1 percent last year (or 14,050 million tonnes of oil equivalent), more than twice the rate in 2016. Oil, natural gas and coal met more than 70 percent of additional need, while renewable energy met just about the rest.

“The significant growth in global energy-related carbon dioxide emissions in 2017 tells us that current efforts to combat climate change are far from sufficient,” said Fatih Birol, IEA executive director, in a statement.

“For example, there has been a dramatic slowdown in the rate of improvement in global energy efficiency as policy makers have put less focus in this area.”

The IEA’s findings “demonstrates that current efforts are insufficient to meet the objectives of the Paris Agreement,” the report says. The 2015 Paris agreement set a primary goal to limit global warming well below 2°C to avoid dangerous climate tipping points.

“Global emissions need to peak soon and decline steeply to 2020; this decline will now need to be even greater given the increase in emissions in 2017,” the report says.

However, this increase was not universal. While most major economies saw a rise, others such as the U.S., UK, Mexico and Japan experienced declines in CO2 emissions.

Interestingly, the greatest decline came from the U.S., where emissions fell by 0.5 percent, the third consecutive year of decline. This is despite President Trump‘s push for fossil fuels and his intention to withdraw from the Paris agreement.

The reason behind the drop? Mainly because of higher deployment of renewables. In the U.S., a record 17 percent of electricity generation was from renewables last year. According to the report, 10 gigawatts of solar PV was added in 2017, down 30 percent relative to 2016 but still the second highest year on record.

The report also highlighted the clean energy strides of another major global polluter and the world’s largest heat consumer: China.