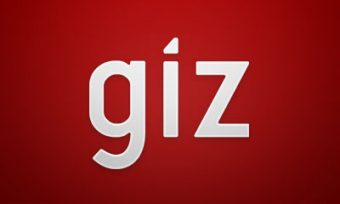 For the first time, the greenhouse gas emissions of the company’s operations in Germany have been offset through a GIZ self-initiated climate change mitigation project.

As a federally-owned enterprise and service provider for sustainable development, the Deutsche Gesellschaft für Internationale Zusammenarbeit (GIZ) GmbH plays a pioneering role in climate change mitigation. Among other goals, the company aims to become climate-neutral. This includes avoiding and reducing greenhouse gas emissions: in the past five years, GIZ has been able to reduce the annual emissions per staff member in Germany by 25 per cent. The remaining emissions were previously offset by purchasing certificates from various climate change mitigation projects.

But now, for the first time, we have been able to offset all emissions from operations in Germany through a GIZ self-initiated climate change mitigation project. In Thailand, GIZ is supporting the company Chumporn Palm Oil Industry in using wastewater from palm oil production in biogas plants, thereby capturing methane, which not only smells bad but is also harmful to the climate. The biogas replaces fossil fuels and helps reduce emissions. And the local population also benefits through the improved quality of the local water and air.

The United Nations Framework Convention on Climate Change (UNFCCC) certified the project with 34,893 certificates which can be used to offset GIZ’s own emissions. The certificates also meet strict international criteria. The Gold Standard and the United Nations’ clean development mechanism document the environmental and social sustainability of projects and review their development policy impact. The emissions from GIZ operations in Germany in 2014 were offset at the end of October 2016 with 20,441 certificates.