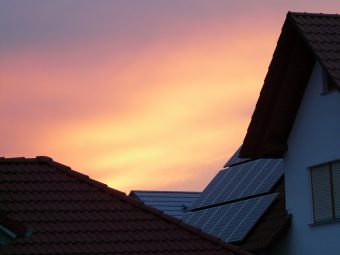 MEP Werke, the German clean energy company that allows customers to rent their rooftop solar panels in exchange for a monthly fee, has revealed plans to add electric vehicle leasing to its offering in a bid to boost the business case for domestic solar installations.

The firm, which launched its solar leasing business in 2013 now has 4,000 customers in Germany and 18MW of installed solar capacity, will this month start testing the market for customers to add a 10-year lease for a Peugeout iOn electric car to their monthly solar plan.

Adding an EV will make the most financial sense for customers with solar installations of around 4kWp or higher as it will allow them to maximise the use of the power tey generate, MEP Werke said. The service will initiallycost €272 per month, but the cost could come down if MEP Werke negotiates to add more models with different leasing terms in the future.

The move was prompted by cuts to solar subsidies in Germany, which mean exporting clean energy back to the grid is far less lucrative than it once was.

“In the past, there has been much more state support for solar energy,” MEP Werke chief executive Konstantin Strasser told BusinessGreen. “The best you could do was producing as much solar energy as possible and sell it into the grid at very attractive compensations. Nowadays, with the compensations being much smaller, we need new business models that make it again attractive for the consumers.”

Adding electric vehicles to a domestic solar package is a “natural advancement” for the firm, Strasser said.

“Our motivation is now to add further energy projects in order to enable our customers to not only produce their own green energy but to also use most of it by themselves in an efficient way,” he said. “EV is just perfect for that as you can use the EV as a mobile energy storage unit. With that you do not only maximise your energy self-consumption and have your solar energy system amortized much earlier, you can also drive with your energy and save costs for fuel. In the near future it will even be possible to return the stored energy into the house.”

Following a test phase MEP Werke plans to roll out the EV offer nationwide as an optional addition to solar leases. The company said it will act as the intermediary for the initiative, with its direct leasing partner named as SIXT Leasing. “MEP Werke will be the intermediary, responsible for all marketing and sales activities, enabling our customers to get the full package from the solar power system to smart metering and EV,” it said.

The move echoes the ambitions of US rival SolarCity, which was bought last year by Tesla as part of Elon Musk’s plan to offer “end-to-end” clean energy products, with solar panels, EVs and energy storage all on offer.

Over time MEP Werke said it will “steadily enlarge” its solar leasing business, citing plans to add energy-efficient white goods and energy storage to its offer.