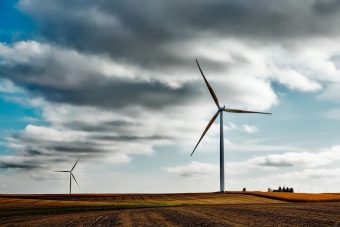 Electricity bills are often ludicrously high thanks to our energy-intensive modern world, but every now and then, thanks to the forces of nature, a metaphorical miracle takes place. As reported by Quartz, Germany just experienced such a phenomenon when a particularly bright and sunny day supercharged their solar and wind power sectors.

Around 1 p.m. on May 8, the nation’s renewable energy generating facilities were supplying around 55 gigawatts of the 63 gigawatts being consumed – about 87 percent of the total electricity consumption. With the addition of the country’s conventional power plants, the output actually exceeded the national demand. This energy surplus meant that, for a brief time, energy prices were actually negative, meaning consumers were effectively being paid to consume electricity.

A similar feat occurred in Denmark last year, when a terrifically windy day boosted their wind power sector so much that these turbines alone generated 140 percent of the nation’s electricity demand, with the excess energy being exported to Germany, Norway, and Sweden.

According to a United Nations report, Germany intends to be one of the frontrunners when it comes to renewable energy; it has pledged to be powered entirely by renewable energy sources by 2050, an ambitious feat to say the least. Days like May 8 serve to give this ambition genuine credibility.

A recent study suggested that all the pieces are in place for an energy revolution. Fossil fuels would be rejected, and renewable and nuclear energy would take over. A recent declaration by the International Energy Agency, that over a quarter of the world will be powered by renewable energy by 2020, seems to imply that this may be the case – as does the Paris climate change agreement, which can only be successfully implemented if fossil fuels are ditched in favor of renewables.

Countries all over the world are stepping up to the plate, including Germany. Sweden has initiated legislative and infrastructural changes to put it on track to becoming the world’s first fossil fuel-free nation; Morocco will soon have a 24/7 concentrated solar power plant that will be able to constantly supply the entire region; the U.S., Canada, and China have all agreed to cooperate to end their reliance on fossil fuels.

As always, though, it’s complicated. Many nations increasing their renewable energy generation capabilities are also scaling back on their nuclear power plants, particularly Germany. If they hope to be fossil fuel-free in the near-future, removing their nuclear power plants – which have a near-zero carbon footprint – will greatly hinder them on their quest, along with slowing down their efforts to mitigate man-made climate change.