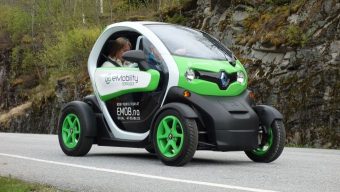 The vitality and satisfaction of early EV adopters keeps on increasing. A vast market of electric car enthusiasts is prompting companies to offer more electric cars and more charging stations. Cleaner air, quieter roads, quieter neighborhoods, and precision autonomous features are where it’s at. With all the new varieties, growing ranges, and broadening styles of EVs, consumers see more charging spots at community places as important to their new lives.

Germany is well along the way to this exponentially bursting future. “The number of electric car charging points for public use in Germany rose by 27% last year, including hundreds more fast-charging units, amid efforts to boost the technology across Europe,” U.S. News reports.

U.S. News reports that Germany now has 7,407 charging points, according to the electricity industry group BDEW. “Of those added last year, 292 units were fast charging (direct current) points that can reload an electric car in minutes instead of hours.

“With public and government support growing for electric car technologies, utilities such as Innogy and E.ON are building up charging networks to tap into the market.

“BDEW’s managing director Stefan Kapferer said government funding was still important to make it viable to operate charging points, given the low numbers of electric cars. Kapferer also said the technology needed to be developed further, citing inductive charging as one way that could help to gain new customers. The long time it takes to charge batteries is one of the main disadvantages of electric cars compared to conventional cars with gasoline tanks that can be filled up in seconds.”