Controversial plans to chop down a German forest to build a vast coal mine should proceed because Germany needs the polluting fuel to keep the lights on, according to the chief of the country’s state secretary for energy.

Dozens of treehouses built and occupied by campaigners for years have been recently cleared by police to make way for plans by energy firm RWE, which owns Hambach forest near Cologne, to expand its nearby opencast coal mine.

Environmental groups have rallied against the project, which they argue would lock the country into higher carbon emissions, just as a government-appointed commission simultaneously debates a timeline for Germany to phase out coal.

“It should go ahead,” said Thomas Bareiß when asked by the Guardian if the Hambach clearance should proceed when the “coal exit commission” is still deliberating. 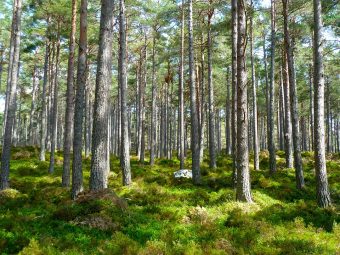 Bareiß said RWE had “a right to do this”, noted that the regional government had already agreed the clearance and said Germany needed the mine to maintain its energy supplies in the short term. “We still need lignite [brown coal] for our reliable coal supply.”

He conceded the highly polluting form of coal was disliked by most of the German public but said extracting lignite had a long tradition in some regions. “In general lignite is unpopular. People think it is dirty.”

But Bareiß said Germany, which sources nearly 40% of power from coal, would still need its coal plants in the early 2020s. That is partly because Germany is also due to shut its last nuclear power station in 2022. “At end of the decade there is more possibility to shut coal [plants],” he said.

The coal exit commission, whose members range from energy companies to Greenpeace, has been tasked with agreeing dates for phasing out Germany’s reliance on coal power stations, ahead of a UN climate summit in Poland this December.

Observers think that a compromise cut-off date at some time in the 2030s will be the most likely outcome.

Bareiß told an industry audience in London that getting off coal would be a “very expensive transition” but it was necessary and would “work in the long run”.

He cautioned that Germany could not move too fast on renewable energy projects, because of multibillion-euro upgrades required to take power from windfarms in the country’s north to the south. Those upgrades are behind target, causing bottlenecks and “large costs”, Bareiß said at the BNEF Future of Energy summit.

Fabian Huebner of the German Climate Alliance, which is organising a demonstration this Saturday against Hambach’s clearance, said: “Scientists agree: the brown coal under the Hambach Forest will not be needed for the security of electricity supply in Germany.”