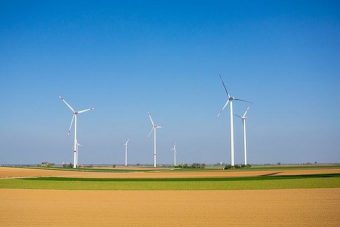 GE Renewable Energy announced last week that it had been selected to provide nearly 200 megawatts of wind turbines to the Qiansongba and Senjitu III wind projects in the Hebei province in China.

Two separate projects will benefit from GE Renewable Energy wind turbines, but both are being built in the Chinese province of Hebei. First, GE Renewable Energy will provide 27 of its 1.85-82.5 wind turbines to the Qiansongba project, and second, 54 of GE’s 2.75-120 wind turbines are to be installed at the Senjitu III project. Together, the two projects will provide 199.5 megawatts (MW) for the people of the Hebei province, providing electricity equivalent for the needs of 800,000 homes.

Importantly, according to GE, these two wind projects are located strategically near the Chinese capital of Beijing, which is currently facing a shortage of clean energy while at the same time is committed to replacing coal-fired power with cleaner energy sources.

“This is a significant step forward for both GE and HECIC in China, and this deal will help to expand HECIC’s renewable energy presence in China,” said Pete McCabe, President and CEO of GE’s Onshore Wind Business.

“Together we will now be delivering more than 1 GW of wind power in country. We are committed to continue our investment in technology that will bring high-quality, reliable power to the region for many years to come.”