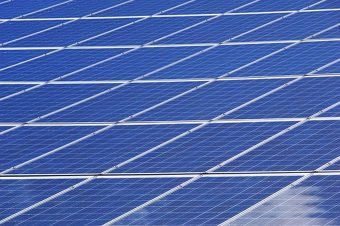 RattanIndia Solar, a subsidiary of the RattanIndia Group, has participated in several competitive solar power auctions in a number of states. GE Energy Financial Services has already made investments in 210 megawatts of solar power capacity owned by RattanIndia Solar. These projects are located in Rajasthan, Uttar Pradesh, Karnataka, and Maharashtra.

GE Energy Financial Services has made several investments in India in the past. Among the most significant was the acquisition of equity stake in a 156-megawatt solar project of Welspun Energy. The project was the largest solar power plant in India at the time of the deal.

RattanIndia Power was in the news last year when it announced plans to replace its planned coal-based power plant in Punjab with a large-scale solar power project.

RattanIndia Power is reportedly planning to use 324 hectares of land in the northern state of Punjab originally earmarked for a coal-based power plant to set up a 200 MW solar power plant.

The company has dropped plans for the coal-based power plant after it failed to receive assurance of domestic coal supply. The issue of consistent fuel supply has dogged Indian thermal power plants for years and importing coal from other countries has not solved the problem either.

Thermal power plants in India, especially those owned by private companies, continue to face coal supply and cost issues. Operators like Tata and Adani are facing increased imported coal prices and have been vying the regulators to increase their tariffs at a time when solar power tariffs have become cheaper than cost of thermal power.