Aiming to highlight the need to conserve the world’s endangered wildlife, the UN Environment Programme (UNEP), adidas Runtastic further supported by Internet of Elephants and the Snow Leopard Trust launched a running challenge in the free adidas Running app that enables users to compete with a wild snow leopard in Mongolia. 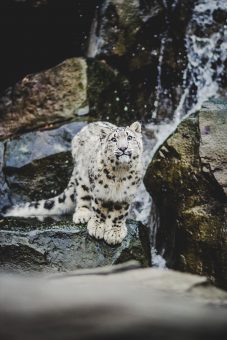 The free adidas running app, launched in Pasching, Austria, is part of an international wildlife conservation campaign dubbed Run Wild, and will run for a period of 12 days from the International Snow leopard Day on 23 October 2019.

The Run Wild campaign aims to create a positive and powerful connection between runners and endangered species, to grow their understanding of the complexity of conservation, and to harness support for the hard work it takes to keep animals safe.

“Snow leopards are one of the most emblematic species of mountain regions. Yet their habitats are under unprecedented pressure due to climate change and related drivers such as land-use change and habitat degradation, shift, fragmentation or loss, as well as increased human-wildlife conflict and poaching,” said Matthias Jurek, Programme Management Officer for UNEP dealing with mountain ecosystems. “With this unique partnership, we hope to help to boost the general public’s interest in these as well as other vulnerable species.”

“Based on our company’s mission that through sport, we have the power to change lives, we are trying to harness the immense power of our digital platform to create a positive change toward sustainability and to protect our planet and all its inhabitants,” said Chris Thaller, Head of Creative Projects for adidas Runtastic and initiator of the Run Wild campaign.

Users of the app will be able to make runs and compete with Uuliin Ezen, a real wild snow leopard from Mongolia who is tracked by the Snow Leopard Trust using GPS technology for scientific purpose. Additionally, runners will get an insight about Uuliin’s daily activities and his challenges finding food and surviving poaching; the app will also present users with the opportunity to contribute to the conservation work that keeps him safe. To ensure safety of the species, the app only uses movement data and not the actual locations of the snow leopard.

The illegal trade in wildlife is a key driver of the global loss of biodiversity, as well as posing environmental, economic, development and security risks. UNEP, through its WildforLife campaign, works closely with various partners to prevent and reduce demand for illegally traded wildlife products and to reverse these trends in order to protect vulnerable species and the human well-being that depends on healthy ecosystems.

Recent research shows that one million species are threatened with extinction today, and that climate change is a key driver of global biodiversity loss. UNEP’s VanishingTreasures programme supports climate-smart wildlife conservation of endangered mountain species such as the iconic snow leopard in Central Asia, Royal Tiger in Bhutan and mountain gorilla in Virunga.

“We urgently need to engage millions more people with wildlife and nature if we want to turn the tide of the extinction of wildlife, and in order to do that we have to be unconventional and daring,” said Gautam Shah, Internet of Elephants CEO and founder. “We’re incredibly excited that adidas Runtastic is opening up their platform of tens of millions of users for conservation purposes.”

UNEP is providing conservation expertise, and the Snow Leopard Trust are providing research based know-how for the app; adidas Runtastic is leveraging its 150 million-plus registered user platform and marketing power, and the Internet of Elephants co-created the concept and is providing engagement expertise and conservation-focused storytelling to ensure that the Run Wild campaign is a success.