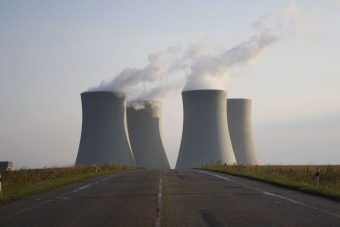 France won’t achieve its goals of reducing the share of its power mix held by nuclear energy to 50%, down from 75%, until the 2030–2035 timeframe (rather than by the 2025 target), the country’s environment minister Nicolas Hulot has revealed.

That means that the country’s goal to reduce reliance upon nuclear energy to a notable degree will be running at least 5–10 years late — and possibly even longer than that. The original 2025 goal was dropped because it was “not realistic” and would increase carbon dioxide emissions, according to Hulot.

As a reminder, the 2025 goal was set by the previous administration, not by the current one, so it shouldn’t be too surprising to see it dropped.

“We will probably have to delay until 2030 or 2035, we will see, at the latest 2035, but don’t ask me to be more precise as that would mean everything has already been decided,” stated Hulot while being interviewed on BFM Television.

“He added that in the coming year, the government would hold public consultations and talks with unions and the energy sector to come up with a new deadline and a program for closing nuclear reactors,” Reuters reports.

“On Tuesday, Hulot said that reaching the 50% target by 2025 would mean closing 17 to 25 nuclear reactors. France is the world’s most nuclear-reliant country. State-controlled utility EDF generates about three-quarters of French power with 58 nuclear reactors in 19 nuclear plants.

“EDF argues that it makes no economic sense to close well-functioning nuclear plants and instead wants to extend the lifespan of its nuclear reactors from 40 to 50 years and longer.”

Critics responded to EDF’s stated desire by noting that it would be cheaper to invest in renewables such as solar and wind energy than it would be to safely maintain the country’s current nuclear reactor fleet for such a long time.