France will take a radical step towards protecting its dwindling bee population on Saturday by becoming the first country in Europe to ban all five pesticides researchers believe are killing off the insects. 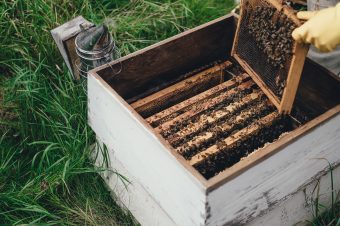 The move to ban the five so-called neonicotinoids has been hailed by beekeepers and environmentalists, but cereal and sugar beet farmers warn it could leave them all but defenceless in protecting valuable crops against other harmful insects.

By enforcing the blanket ban, France is going further than the European Union, which voted to outlaw the use of three neonicotinoids – clothianidin, imidacloprid and thiamethoxam – in crop fields starting on December 19.

France has banned these three, along with thiacloprid and acetamiprid, not only outdoors but in greenhouses too.

Initially opposed, Britain now backs the less comprehensive EU ban due to evidence supporting claims the chemicals contribute to “colony collapse disorder”, a mysterious phenomenon that has seen bee populations plummet by up to 90 per cent in some cases. Other potential causes are mites, viruses and fungi.

Introduced in the mid-1990s, synthetic neonicotinoids share the chemical structure of nicotine and attack the central nervous system of insects. Intended to replace older, more harmful pesticides, they are now the most widely used to treat flowering crops, such as fruit trees, beets and vineyards.

But scientific studies have shown that neonicotinoids cut bees’ sperm count and scramble their memory and homing skills. Fresh research out this week even suggests the bees can develop a dangerous addiction to the insecticides, much like smokers for nicotine.

Some French farmers are angry, however, and say there is not enough evidence that neonicotinoids are responsible for bee decline.

Farmers faced a “dramatic technical dead-end,” said France’s biggest farming union FNSEA, calling for exemptions in sectors “where there are no alternatives or insufficient ones”.

The ban “will exacerbate unfair competition with European and non-European producers” still allowed to use the pesticides, they warned.

A report by France’s ANSES public health agency said in May there were “sufficiently effective, and operational” alternatives to the majority of neonicotinoids used in France.

Others believe the ban should go further.

“There are pesticides all over the place,” Fabien Van Hoecke, a beekeeper in Saint-Aloué in Brittany, who lost 86 per cent of his bees over the winter. While the ban was “a good thing, it won’t save us,” he told AFP, predicting that as soon as they are withdrawn, they will be “replaced by others”.