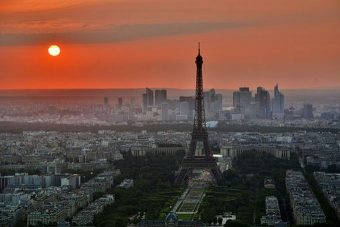 France has launched what it is calling its ‘Great Investment Plan 2018-22’ which will include €20 billion for its energy transition plan, made up of €9 billion for energy efficiency measures, €7 billion for renewables, and €4 billion to expedite the switch to electric vehicles.

Reuters is reporting that the French government published a €57 billion investment plan on Monday that it intends to run from 2018 to 2022, presented by Prime Minister Edouard Philippe. Included in this larger investment plan is €20 billion for the country’s energy transition.

Included in this is €9 billion to fund a thermal insulation program that will focus on the country’s low-income housing and government buildings. Buildings account for 20% of the country’s greenhouse gas emissions, so the new program will look to renovate 75,000 dwellings per year, or 375,000 over the five-year term.

“The number of badly insulated low-income housing and social housing will be divided by two, and a quarter of government buildings will be renovated in line with environmental norms,” the Government said in a statement.

The remaining €4 billion will be focused on catalyzing a national transition to electric vehicles. France is aiming to not only speed up the transition to electric vehicles, however, and will also look to revamp its road and railway network, boost local transport networks, and help low-income households exchange older vehicles for more environmentally friendly models. Specifically, the French government is aiming to retire 10 million old vehicles.