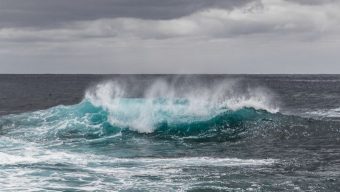 The space agencies of China and France recently announced that they are joining forces to launch a brand new satellite into orbit to improve the understanding and prediction of ocean storms and cyclones. The China-France Oceanography Satellite (CFOSAT), the first satellite to have been constructed as a partnership between the two countries, will have two radars fitted. The French agency is developing a radar system designed to measure the wavelength and direction of ocean waves, and the Chinese agency is developing a radar to measure the direction and strength of wind.

The main goal of the satellite is to increase the accuracy of forecasts for storms, hurricanes, and cyclones that originate in the oceans. In addition to this, the data gathered will also be used to help scientists better work out how the oceans and atmosphere interact, and to improve predictions about climate change.

Given the increasing number of severe hurricanes, storms, and extreme weather events that we have been witnessing in recent times, it makes the announcement of this satellite timely and prescient. There is increasing evidence that shows the link between climate change and the intensity of hurricanes, even though some mainstream media sometimes fails to mention this fact.

Originally planned as a collaboration between French and European space agencies, the close working relationship between France and China that has been developing over the past ten years led the agencies to decide to form this new partnership instead. The two countries have also acknowledged that there is a political component involved. The satellite will be launched into orbit in the second half of 2018 via a rocket in China’s ‘Long March’ program.