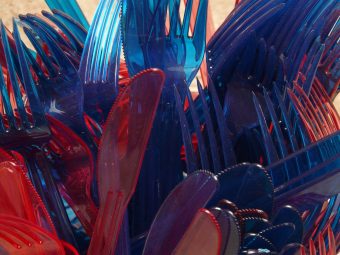 Plastic crockery and cutlery is to be banned in France unless it is made from biologically sourced materials.

The law comes into force in 2020. It is part of a French environmental initiative called the Energy Transition for Green Growth, part of a package aimed at tackling climate change.

But, the Independent reported, the move faces a challenge from Pack2Go Europe, a Brussels-based organisation representing European packaging manufacturers.

“We are urging the European Commission to do the right thing and to take legal action against France for infringing European law,” said Eamonn Bates, secretary general of Pack2go Europe.

He said there was no proof that biologically sourced material was any more environmentally beneficial.

Mr Bates said the ban could make the litter problem worse because consumers would believe that packaging left in the countryside would be biodegradable.

The move against disposable cutlery and crockery is part of a growing trend to outlaw the use of plastic in several parts of the world.

Karnataka in India has banned the use of plastic across the entire state. San Francisco banned plastic shopping bags in 2007 and plastic water bottles on public properties in 2014. In Britain customers must pay 5p for each plastic bag.