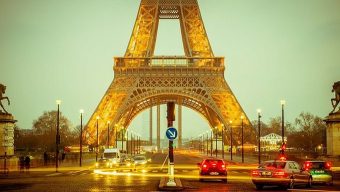 This is a story that leaves people scratching their heads. The French parliament has passed a new law banning fossil fuel extraction within its borders, or in any of its territories, by 2040. That includes fracking or any other forms of shale gas extraction. The new legislation is in line with president Macron’s stated goal of making France a leader in the switch to renewable energy. The oddity here is that France imports 99% of its fossil fuel requirements. The total produced within the nation and its territories amounts to just over 800,000 tons annually — about the same amount Saudi Arabia produces in a matter of hours.

The new law will most directly affect fossil fuel exploration in Guyana, a French territory in South America.

France has previously announced its intention to shutter up to 17 nuclear power plants by 2025, which provide the nation with most of its zero-emissions electricity. However, the aim is to replace that with renewables, not pollution producers.

No new permits will be granted to extract fossil fuels and no existing licences will be renewed beyond 2040, when all production in mainland France and its overseas territories will stop, reports The Guardian. Delphine Batho, a member of parliament, says she hopes the ban will be “contagious” and inspire other countries to follow suit. France has already announced that it intends to ban the sale of new cars powered by internal combustion engines by the year 2040.

The news is not begin greeted with rapturous joy by environmental groups in France, however. Apparently, the country has many signed contracts for oil and gas extraction that predate the new ban.

Abrogating those legal obligations could subject it to substantial financial penalties. “There are at least 55 exploration licenses that were previously approved and will likely be extended, and 132 extraction permits awaiting approval,” said Juliette Renaud, a fossil fuel industry expert with Friends of the Earth. “If we continue to exploit conventional hydrocarbons, it will be impossible to keep global temperatures from rising above 2° C.”

Even if the new law is mostly symbolic, it is an important step forward, especially at a time when the United States is committed to reinvigorating its moribund coal industry. The way is now wide open for other nations like China and France to take the lead in transitioning to renewable energy.