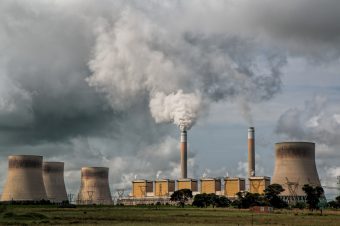 France this week became the latest country to vow to phase out unabated coal power from its energy mix, pledging that its last coal plant will shut by 2023 at the latest.

French President Francois Hollande announced the target at the COP22 Climate Summit in Marrakesh earlier this week, providing further momentum to the campaign to get governments to set target dates for phasing out the most carbon intensive fuels from their energy mix.

France sources around three quarters of its power from its fleet of nuclear power plants, and like several other European countries is looking to reduce its reliance on coal power as it seeks to cut greenhouse gas emissions and comply with EU air quality rules.

However, the clear target date provides a boost to the country’s wider decarbonisation efforts and follows a similar UK commitment to phase out unabated coal power by 2025. The UK last week launched an official consultation on its plan to phase out coal power, acknowledging that its last coal plant could close earlier than the 2025 cut off date.

Hollande also used his speech to the Marrakesh Summit to pointedly praise President Barack Obama and stress that the Paris Agreement and action on climate change was “irreversible”, despite President-elect Donald Trump’s pledge to “cancel” the international treaty.

His comments were echoed over the course of the week by UN Secretary-General Ban Ki-moon, US Secretary of State John Kerry, and other world leaders, who all predicted Trump would not be able to derail the global effort to keep temperature increases below 2C.

The news also comes amidst speculation the UK is set to become the 111th country to ratify the Paris Agreement, either later today or tomorrow.

Parliamentary scrutiny of the ratification process was completed yesterday, leaving the government free to submit the official documents to the UN.