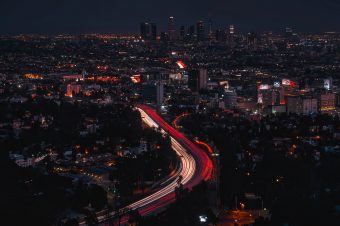 City mayors from San Francisco, Los Angeles, Portland, and Seattle have released a joint request for US carmakers to step up EV production in order to meet growing demand for electric vehicles in municipal fleets.

The four West Coast cities have said they are interested in buying or leasing up to 24,000 electric vehicles for their fleets, and have therefore sent a joint Request for Information – the first step in a formal bidding process – inviting automotive manufacturers to describe how they might meet the “record-breaking” order.

It is aimed at improving pricing and expanding offerings of EV models beyond sedans – such as police pursuit vehicles, SUVs, and small trucks – and medium or heavy duty equipment including delivery vans, waste trucks and transit buses, the mayors said.

The effort is the first multi-city request of its kind in the US and demonstrates the purchasing power of local governments joining together on electric vehicles, according to the mayors.

They said moving to electric vehicles could help reduce greenhouse gas emissions, decrease reliance on fossil fuels, and improve air quality while also reducing fuel and maintenance costs by an average of 37 per cent.

“Our cities know we can’t fight climate change alone, and by banding together we can do our part to accelerate marketplace transformation and bring greater efficiencies that will benefit our taxpayers and impacted neighborhoods,” said San Francisco’s Mayor Lee.

All four mayors are member of the Mayors National Climate Action Agenda (MNCAA), which represents 51 mayor of cities home to 35 million US citizens.

Other cities in the group have also been invited to participate in the joint request for information, with additional fleet numbers and demand from these cities to be added as an appendix to the request next month.

Murray, the mayor of Seattle, added that the “urgency” of climate change required a rapid transition in the transport sector from fossil fuels to electricity and that public fleets had a responsibility to lead by example.

“Seattle, and our partner cities along the West Coast, are ready to lead with the next generation of electric vehicles,” he said. “The information we receive from the Electric Vehicle Request for Information will help us meet the goals of the new Drive Clean Seattle Fleet Executive Order, demonstrating our continued commitment to fleet electrification.”