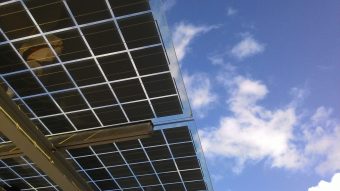 The anniversary of the Paris Agreement was marked today with the release of a new report, revealing companies and individuals with nearly $5.2tr of assets under management have now pledged to divest from fossil fuels.

The analysis from impact investing consultancy Arabella Advisors reveals that 688 institutions and 58,399 individuals across 76 countries have committed to divest from fossil fuels, representing a doubling of the reach of the global divestment campaign in the past 15 months. In total institutions and individuals managing $5.197tr assets have pledged to divest from fossil fuel assets.

Outgoing UN Secretary-General Ban Ki-Moon welcomed the latest report, arguing the divestment trend was in line with the goals of the Paris Agreement.

“One year after the adoption of the historic Paris Climate Agreement, it’s clear the transition to a clean energy future is inevitable, beneficial and well underway, and that investors have a key role to play,” he said. “I commend today’s announcement that a growing number of investors are backing a shift away from the most carbon intensive energy sources and into safe, sustainable energy. Investments in clean energy are the right thing to do – and the smart way to build prosperity for all, while protecting our planet and ensuring no one is left behind.”

The analysis confirmed that three quarters of the divestment commitments have come from universities, foundations and faith-based organizations. But the report also noted growing support from the private sector, where a significant number of high profile institutional investors have voiced concerns about their exposure to so-called carbon bubble risks in the wake of the Paris Agreement.

For example, Legal & General Investment Management (LGIM) recently launched a new fund designed to incorporate a climate ’tilt’ to address the investment risks associated with climate change. Meanwhile, a survey last week from banking giant HSBC detailed how many investors had shifted their holdings as a result of the Paris Agreement, and over 40 per cent of listed companies reckoned the treaty would result in a loss in value for certain types of activities or assets.

Mark Campanale, founder and executive director of Carbon Tracker Initiative, which helped popularise the idea of a ‘carbon bubble’ whereby efforts to decarbonise will leave high carbon assets stranded and overvalued, said the surge in divestment pledges underlined how “financial markets are fast losing faith in the investment case for fossil fuels”.

“A technological revolution is underway in the energy and transportation sectors, as cheap solar and electric cars take away demand for coal and oil,” he explained. “With a climate trifecta of physical risks, stranded assets and the threat of legal liability – fiduciaries are now on notice to implement measures to protect their portfolios. Over time, climate risk management will likely become an enforceable obligation, as financial market regulators stand ready to move from rhetoric to tough action.”

His comments were echoed by Lou Allstadt, former executive vice president of Mobil Oil, who argued the oil and gas industry is currently experiencing “an unprecedented level of negative factors – from reduced profits to increased borrowing to pay dividends – while the costs of solar, wind and batteries continue to fall”.

“The prudent fiduciary is acting now to reduce the risk to their portfolios,” he added. “Divestment is speeding up the clock on the final accounting that will show fossil fuels are out and clean energy is in.”

A number of fossil fuel industry executives – including Rex Tillerson, the ExxonMobil CEO who is tipped to become US Secretary of State under the Trump administration – have attacked the divestment movement and ‘carbon bubble’ hypothesis, arguing continued investment in fossil fuels is essential for global development efforts and insisting that if rapid decarbonisation occurs fossil fuel firms can adapt.

However, May Boeve, executive director of campaign group 350.org, said the scale and reach of the divestment trend suggested it had now become “unstoppable”.

“What began on a few college campuses in the US has spread to every corner of the world, squarely into the financial mainstream,” she said. “Divestment has permeated every sector of society: from universities and pension funds, to philanthropic and cultural institutions, to cities, faith groups, insurance companies and more. Now at $5tr, the movement is unstoppable. Institutions and investors must choose whether to be on the right side of history.”

The report came as Trinity College Dublin became the latest high profile academic institution to issue a divestment pledge. “Trinity intends to play our part in delivering on the Paris Agreement, said Dr. Patrick Prendergast, the provost and president of Trinity College Dublin. “We aspire to be a leader in sustainability and climate solutions in every aspect of the College, not only in investments but in our research, and also in how the campus operates. We made this decision following the impressive campaign of our own students’ ‘Fossil Free TCD’. We responded to their call, and today is a historic day for all of us as we participate in this global announcement along with universities and multiple organisations from around the world.”

Meanwhile, a new campaign, dubbed DivestInvest Culture, was also kicked off today to encourage cultural bodies to end their investment in fossil fuels backed by actors such as Mark Ruffalo, Leonardo DiCaprio, and Adrian Grenier.

The developments come in the same week as billionaire Bill Gates similarly marked the anniversary of the Paris Agreement with the launch of a new $1bn clean tech investment fund designed to channel funding into next generation technologies capable of delivering large scale greenhouse gas emissions reductions.

It also comes two days ahead of the expected publication of a series of recommendations from the Financial Stability Board working group, set up by Bank of England governor Mark Carney to investigate climate risks within the global financial system. It is expected to call for more comprehensive climate-related disclosures from listed firms, including an analysis of how firms will cope with a range of climate and decarbonisation scenarios.