We talked to Branislav Nedimovic, the Minister of Agriculture, Forestry and Water Management of the Republic of Serbia about the greatest potentials of Serbian agriculture, how to mitigate the effects of climate change and increase the yields, whether a new law to allow the circulation of genetically modified food is being prepared and whether we will meet the plan by 2050 to have 40 per cent of land under forest

Agriculture is most certainly one of the main pillars of the Serbian economy and any progress it records directly reflects the overall economic growth of our country. However, given that it has borne the brunt of severe economic and political crisis for decades, the key links in the production chain have been broken, especially the processing part which is primary for agrarian recovery. “This is why we increase subsidies every year to raise processing capacities, which are measured in tens of millions of euros, regardless of whether it is the processing of fruit, vegetables or meat. I believe that the results will be getting increasingly better since it takes time for the agriculture to return to solid ground where it once was. Although one can always do better, I am personally to a great extent quite pleased with the direction we are taking,” says Branislav Nedimovic, the Minister of Agriculture, Forestry and Water Management at the beginning of the interview for Energy portal.

EP: Climate change is widely felt in our country, particularly affecting agriculture as the periods of major droughts and floods follow one after another. Is there a national plan for adaptation to changed climate conditions and what concrete measures have been taken so far to mitigate the effects of global warming? 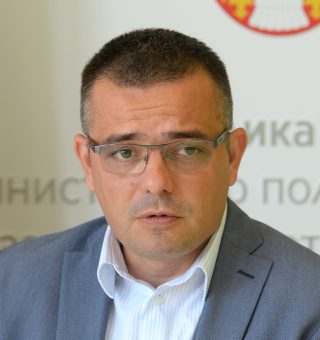 Branislav Nedimovic: The Ministry of Agriculture in co-operation with other institutions, developed the document on the impact of climate change on agriculture and prepared the list of proposals for adaptation measures. The first version was developed in 2015 and the second one in 2019. Part of the measures, such as anti-hail nets and irrigation systems, are subsidised by the Ministry through its annual programs, as well as loans for them. In terms of mitigation, harmonisation of legislation with the European Union and IPARD funds lead to it and help reduce agricultural emissions.

EP: Our farmers do a lot of fruit-growing, but the yields are destroyed by hail every year in some parts of the country. In December last year, the first automatic anti-hail system which covers 13 municipalities was launched near Valjevo. What effects are expected in the first year of operation of this system, how many of those systems do we need across Serbia, and when will we purchase them?

Branislav Nedimovic: Since December, the automated defence system from hail has been fully operational on the territory of Valjevo radar centre, which covers the Macvan-Kolubara district, without the municipality of Ljig and with the municipality of Obrenovac. The system was put into operation in phases during 2019, and the fact is that minimal damage caused by hail was recorded the same year on this territory. The efficiency of this system of protection against hail is 70 per cent. There are 13 radar centres in Serbia, and 600 million dinars from the budget of the Ministry for 2020 has been allocated for the automation of the Uzice and Bukulja centres. The budget of Autonomous Province of Vojvodina envisages the modernisation of Fruska gora, Bajsa and Samos radar centres. It should be emphasised that through modernisation of the hail defence system, support in the construction of safety nets and subsidisation of insurance, farmers are provided with the maximum possible protection against this disaster.

EP: The production and buying and selling of genetically modified food in Serbia are forbidden by the Law. However, we can still often hear that we have thousands of acres under GM soybeans, and that, despite the law and border checks, we import products that even exceed 0.9 per cent of GM ingredients. To what extent is this Law implemented and how much does the recently opened National Food Safety Laboratory help?

Branislav Nedimovic: Each shipment that enters our country is the subject of inspection and testing, thus in this respect inspections carry out absolute controls, which means that on our domestic market only GMO-free products can be found. In case that, it is established at the border that goods contain in any respect higher values than allowed, then the destruction or return of the shipment shall be carried out. According to the Law on Genetically Modified Organisms, testing of GMOs and products from GMOs to identify and quantify genetic modification in them is performed by authorised and accredited laboratories which we currently have five. They, for the needs of the Ministry of Agriculture, carry out testing of samples of plants and plant products to identify and quantify genetic modification in the tested sample.

EP: Do you, as a citizen, buy products from the shelves without thinking or you read declarations carefully? Are you filled with apprehension concerning GM food?

Branislav Nedimovic: In this regard, I have no fear when shopping.

EP: How much truth is there in the announcement of a part of the expert public that the Government of Serbia is preparing a Law that will allow GM food on the market? This topic can be heard very often in the media…

Branislav Nedimovic: We are not preparing it. We have a clear applicable law.

EP: Water is one of the greatest natural resources of Serbia. However, many rivers are polluted, sources of drinking water, which are not inexhaustible resources, are exploited mainly by foreign companies, and our hydro potential, which is above the European average, is insufficiently utilised, which is why we import electricity. Which of these three issues is your Ministry most focused on and what measures do you take to preserve Serbia’s water resources and use them responsibly?

Branislav Nedimovic: Waters are natural resources and owned by the Republic of Serbia and as such cannot be alienated. The Water law lays down appropriate obligations regarding the use, protection and abstraction of drinking water. The Ministry is committed to water protection from the pollution which is reflected in the preparation of regulations and strategic and planning documents (laws and regulations in the field of water, water management strategy, water management plan and others), on the one hand, but also the implementation of these regulations through measures for construction and reconstruction of facilities for collecting and treatment of municipal wastewater in residential areas, implementation of good agricultural practice rules and undertaking of agrotechnical and other measures, as well as implementing all other necessary measures to protect the waters from the pollution. It should be borne in mind that these measures not only require large investments which involve billions of euros but also take time from two to three decades in order to be fully implemented. To implement the enacted measures, the Ministry of Agriculture, Forestry and Water Management from the funds of Budget Water Fund of the Republic of Serbia in accordance with the Regulation on Determining Water Management  Program, adopted by the Government for each calendar year, co-finances the construction and reconstruction of water facilities for collection, removal and treatment of wastewaters, as follows: the main collectors, wastewater treatment plants and wastewater collectors, as well as the preparation of technical documentation for these water facilities.

EP: How do we manage forests as our natural resource?

Branislav Nedimovic: Forests in Serbia are managed on the principle of sustainability, which involves managing and using forests and forest land in such a way and to such an extent that biodiversity is preserved, and on the other hand, to meet the relevant environmental, economic and social needs of today and future generations without endangering or damaging any other ecosystem. Forest management in Serbia is carried out in accordance with the Forestry Development Strategy, as the basic strategic document in the forestry sector, and in accordance with the Forest Law, adopted in 2010.

For all forests in Serbia, whether state-owned or privately owned, planning documents are prepared based on which management is carried out. State forests are managed by public enterprises, and private forests are managed by their owners. The state, as the enactor of the Forest Law, monitors its implementation through the Forestry and Hunting Inspection of the Republic of Serbia, which equally monitors the implementation of the Law in both state and private forests.

What are we particularly proud of is the fact that the volume of illegal activities is decreasing year after year, and that the activities that we, as the Ministry, carry out have a great influence on this. Those activities primarily consist of the implementation of preventive measures, and if required by individual cases, even of punitive measures following the Law.

EP: How close are we to achieving the strategy of getting from the current 30 per cent covered with forests to 42 per cent by 2050?

Branislav Nedimovic: According to the data from the National Forest Inventory, carried out in 2004-2006, forest cover in Serbia is 29.1 per cent. However, it should be pointed out that in Serbia we have municipalities like Majdanpek, with about 70 per cent of forest cover, and on the other hand Kikinda with 0.5 per cent. Perhaps it is not necessary to talk about forest cover at the national level but to focus more on increasing the forest cover of the municipalities with the smallest area covered with forest. These are mostly municipalities in Autonomous Province of Vojvodina. A project funded by the Global Environment Facility is currently being implemented, under which a new National Forest Inventory is being carried out.

What we can expect is that the forest cover will certainly be above 30 per cent due to the raising of new forests. The Ministry of Agriculture, Forestry and Water Management, through the Forest Fund of Serbia, annually allocates funds for afforestation of state forests and private plots. Only in 2019, the funds of this fund intended for afforestation amounted to 80,000,000 dinars, while 90,000,000 of dinars are planned in 2020 90,000,000 of dinars are planned.

This interview was published in the new issue of the Energy portal Magazine NATURAL RESOURCES, march – may, 2020