Sababil Al-Haj Hussain lives in the Sudanese locality of Al Rahad, which sits in the middle of a semi-arid ribbon of land known as the Sahel.

Life there has long been challenging. The area is prone to both droughts, which are being made more severe by climate change, and conflicts between farmers and animal herders over the shrinking availability of fertile land. The situation has led many men to migrate away from Al Rahad in search of new job opportunities, leaving women behind to care for their families. In the absence of men, many women have taken on new economic responsibilities to make up for lost income, but remain largely excluded from the decision-making bodies that manage natural resources and local disputes.

“Women here in villages are faced with various problems, and they need to learn how to resolve small disputes that arise,” said Al-Haj Hussain. “They must be able to defend their rights, their children’s rights, and [learn] how to raise their children to avoid conflicts in the future.”

Al Rahad is one of many communities where the combined effects of climate change, conflict, gender inequality, and now the COVID-19 pandemic are posing grave threats to the security of residents, especially women and girls. 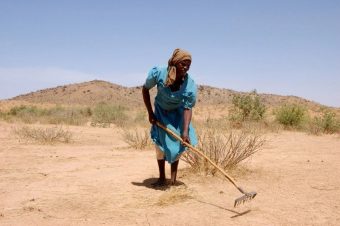 The study, Gender, Climate, and Security: Sustaining Inclusive Peace on the Front Lines of Climate Change, finds that gender norms and power structures shape the way women and men are impacted by—and respond to—risks caused by climate change and insecurity. Pre-existing inequalities, gender-related expectations, and unequal access to resources can leave some groups of women and men disproportionately vulnerable, the report says.

It’s imperative for women to have a central voice in the policies and programmes designed to address challenges emerging from climate change and insecurity, the report finds. Gender equality and peace-building initiatives should also consider challenges—and possible opportunities—related to climate change.

The report features 11 case studies of communities where insecurity, climate change, and gender issues are coming together. In Chad, for example, violence against women, which often denies them equal access to and control over resources, is prevalent in many communities. Along with being unjust, it reduces the productivity of households, undermining their ability to adjust to economic and climate-related shocks. Another example in Nigeria demonstrates that joblessness—exacerbated by climate change—is contributing to the decisions of young men to join armed groups, like Boko Haram. Meanwhile, water shortages in informal settlements across Pakistan expose women and girls, who are responsible for water collection, to new risks of domestic violence and sexual exploitation. 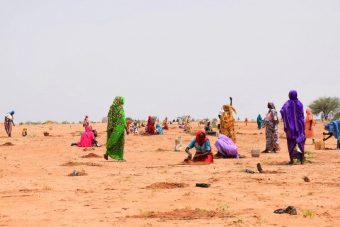 The COVID-19 pandemic is now threatening to make many of those problems worse. Across the world, the pandemic has been marked by a spike in gender-based violence. But resources and funding dedicated to supporting women’s initiatives—like critical  reproductive health programmes— is being redirected to support the COVID-19 response. Lessons from the Ebola outbreak show that cutting such programmes can have dire consequences for women.

The United Nations (UN) is already working to help tackle gender inequality and foster peace in many climate change-affected communities. In Al Rahad, the Joint Programme for Women, Natural Resources, Climate, and Peace, a partnership of four different UN bodies, including the United Nations Environment Programme, has completed a pilot project to provide women with climate-resilient jobs and help them participate more fully in community decision making and conflict-resolution bodies.

Since the project began, 87 percent of women involved have seen their incomes rise. The perception among community members of women as leaders in key decision-making processes nearly doubled and the participation of women in local conflict-resolution bodies increased by 20 percent.

Vegetable farmer Arafa Al-Mardi is one of those who have benefited from the programme. In addition to providing seeds and training to improve her garden’s productivity, the project also strengthened Al-Mardi’s connections to local markets.

“I have benefited so much from [increased] revenues,” says Al-Mardi. “You can never imagine the extent of my happiness. I have earned this myself, therefore it is a very special feeling of joy.” 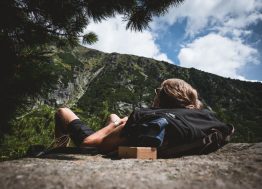