Just five countries hold 70% of the world’s remaining untouched wilderness areas and urgent international action is needed to protect them, according to new research.

Researchers from the University of Queensland (UQ) and the Wildlife Conservation Society (WCS) have for the first time produced a global map that sets out which countries are responsible for nature that is devoid of heavy industrial activity.

It comes ahead of the conference of parties to the Convention on Biological Diversity in Egypt in November where signatory nations are working towards a plan for the protection of biodiversity beyond 2020.

Conservationists are calling for a mandated target for wilderness conservation that will preserve the planet’s vulnerable ecosystems. 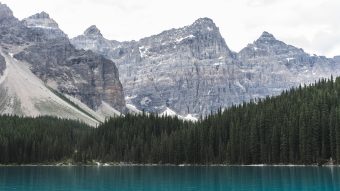 The UQ and WCS study, published in the journal Nature, identifies Australia, the US, Brazil, Russia and Canada as the five countries that hold the vast majority of the world’s remaining wilderness.

The data excludes untouched wilderness in Antarctica and on the high seas that is not contained within national borders.

The paper comes after the team of scientists produced data in 2016 that charted the planet’s remaining terrestrial wilderness and in 2018 examined which parts of the world’s oceans remained free from the damaging impacts of human activity.

They found that more than 77% of land – excluding Antarctica – and 87% of oceans had been modified by human intervention.

“Two years ago we did the first analysis of wilderness on land,” lead author James Watson said.

“In this new analysis we’ve created a global map and intersected it with national borders to ask: who is responsible?”

The researchers say that the planet’s remaining wilderness can be protected “only if it is recognised within international policy frameworks”.

They’re calling for an international target that protects 100% of all remaining intact ecosystems.

“It’s achievable to have a target of 100%,” Watson said. “All nations need to do is stop industry from going into those places.”

He said the five countries responsible for most of the world’s remaining wilderness had to provide leadership and could act to protect these areas through legislation or by offering incentives to businesses that do not erode nature.

John Robinson, the executive vice-president for global conservation at WCS, said wilderness would only be secured globally “if these nations take a leadership role”.

“Already we have lost so much. We must grasp these opportunities to secure the wilderness before it disappears forever,” he said.