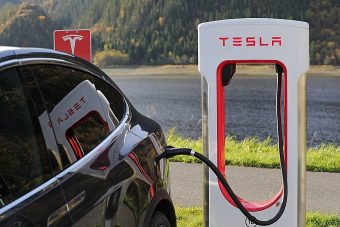 Tesla is making moves to bring more electric cars into cities by launching a network of new, slimmer Superchargers in urban centers. An announcement from Tesla reveals: “…as part of our commitment to make Tesla ownership easy for everyone, including those without immediate access to home or workplace charging, we are expanding our Supercharger network into city centers, starting with downtown Chicago and Boston.”

The Superchargers are set to be placed in convenient locations in urban areas, to allow drivers to multitask and charge their cars while shopping or running other errands. The smaller Superchargers will deliver up to 72kW of power to an attached vehicle, which is admittedly just over half of what’s capable with current 120kW Superchargers. So while the charge time will increase to about 45-50 minutes, the space between charging stations will, in turn, dramatically decrease.

Ideally, electric vehicles (EVs), like those made by Tesla, would be a fantastic option for city drivers. Many city drivers would not be hindered by worrisome range anxiety, as their trips would be well below the maximum ranges of today’s available vehicles.

Unfortunately, we have yet to arrive in such a utopia, and city-dwelling EV early adopters have to be sustained by a patchwork of available charging stations. The absence of privately owned parking spaces or garages makes owning home-charging setups impossible, so city dwellers must rely on what is publicly available. The resources many currently have are not enough to conveniently support drivers, let alone encourage expansion.

As such, Tesla’s new stations are excellent news for electric vehicles in general, as increasing infrastructure will encourage the growth of the technology, allowing charging capabilities to expand beyond brand specific stations. Electric vehicles have a much smaller imprint on the environment, and as the world’s grids are increasingly relying on renewable resources to meet power needs, that benefit is growing.