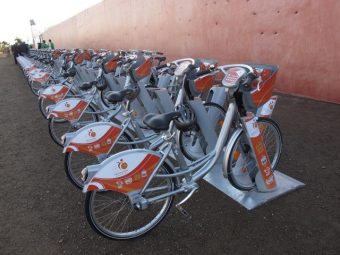 The Government of Morocco, in close cooperation with the United Nations Industrial Development Organization (UNIDO) and the Global Environment Facility (GEF), launched a bike-sharing scheme called “Medina Bike” in Marrakech, which is the host city of the 22rd session of the Conference of the Parties (COP 22) to the UN Framework Convention on Climate Change. It is one of a number of initiatives launched in Marrakech to promote sustainability and green development.

The initiative aims to promote sustainable transportation and encourage city inhabitants to use non-motorized vehicles by setting up 10 automatic bike rental stations in key areas around the city and equipping them with a total of 300 bicycles.

One such station was set up at the site of COP22 to make bike-sharing available to participants of the Conference, thereby reducing the carbon footprint of the event.

“Today Marrakech becomes the first city in Africa to launch a bike-sharing scheme and we hope to replicate this activity in other Moroccan cities. It was rendered possible thanks to the leadership of the city’s management and the fruitful cooperation between the city, UNIDO and the GEF,” said Hakima El-Haite, the delegate Minister of Environment of Morocco at the launch ceremony.

The initiative also serves as an example of how public-private partnerships can address sustainability at the city level. In this scheme, the bike supplier and  local advertising company were selected through a competitive process,  and then UNIDO and the Ministry of Environment facilitated the dialogue with the Municipality of Marrakech, who ultimately granted the license to the  operation system. The bikes and rental systems were then procured and deployed in less than four months. 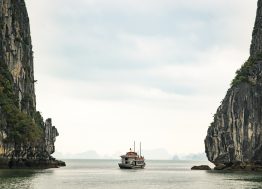 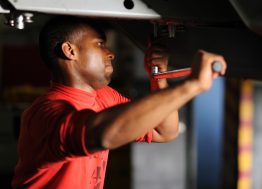