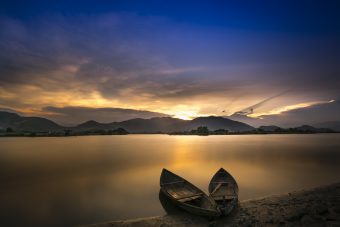 Behind the dominant narrative of the Greek crisis, there is a story of resource exploitation that will be all too familiar to millions of people in Latin America, Africa and Asia.

With their soil rich in gold and a mountain of debt, Greece has become a prime target for mining companies looking to do big business at the expense of people and the environment.

In 2013, the Troika of creditors (the International Monetary Fund, European Commission and European Central Bank) forced the Greek government to sign a memorandum that promised to pass legislation to “streamline the system of investment licenses and permits (operational, environmental, land use and use of public infrastructure licenses) by reducing their number”.

As a result, companies such as Canadian Eldorado Gold were given the green light to prepare mining operations in areas normally protected by EU legislation, such as the Water Framework Directive and Natura 2000.

This is problematic in the Halkidiki peninsula, which is home to thousands of olive oil, feta cheese and honey makers, who depend on a healthy soil and clean water to make a living. Aside from gold, their earth is also full of asbestos and arsenic.

The work of Eldorado Gold will create a toxic dust plume of 4324 tons per year, covering the surrounding area.

Annually, they will also unearth more than 20,000 tons of arsenic. That amount would even exceed the limit in China and is enough arsenic to kill every human being on Earth three times over.

Locals have mobilised and were successful in delaying the project, but many arrests and cases of abuse are ongoing, for protecting their land, their health and the future of the next generations.

From the anti-gold mining movement in Greece to grassroots groups fighting for environmental and social justice in Northern Ireland, such frontlines are all over Europe.

Of the 2000 conflicts mapped and documented in the Atlas of Environmental Justice, around 400 are in Europe.

What unites them is a sense of environmental and social injustice, as well as some form of resistance. Worldwide, about 30% of all conflicts mapped so far involve cases of arrests, killings, abuses and other forms of state repression.

The good news is that 20% of these conflicts reach some level of success, thanks to environmental justice organisations.

Another key revelation from the Atlas is that, in more than 40% of the cases, indigenous peoples are doing us all a favour by protecting the natural heritage that we depend on.

The now well-publicised battle for Standing Rock in the US is just one of the more famous manifestations of a global environmental justice movement.

Groups of people fighting for different causes and in different countries have often shown cohesion and mutual understanding, coming together to support one another.

As Leah Temper, coordinator and co-editor of the environmental justice platform EJAtlas, puts it: “Mobilisations are increasingly interlinked across locations: anti-incineration activists make alliances with waste-picker movements to argue how through recycling they ‘cool down the earth’.”

In light of the numerous social and environmental struggles around the world, and the rise of illiberal leaders in Europe and the US, it is time to rethink our priorities.

The global economy is at war with ecosystems and societies cannot be sustainable. The linear economy based on ever more mass production, wasteful consumption and unregulated trade is depleting the world’s natural resources, alienating societies and creating a backlash.

As the Titanic hits the iceberg, we need bold, progressive and sustainable alternatives.

The inconvenient truth is that scientists say we need to reduce the flow of non-renewable energy and goods criss-crossing the globe, to close the loop of our economy.

This can only happen if we accept that the ideology of exponential growth in the flow of goods across oceans is deeply flawed, unsustainable and often linked with injustice.

So rather than signing CETA to import tar sand oils from Canada, we would do better to build a wall around the US: a carbon tariff wall. We’ll let the Americans pay for it. 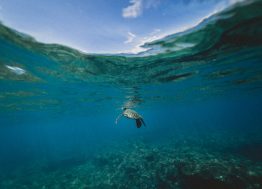